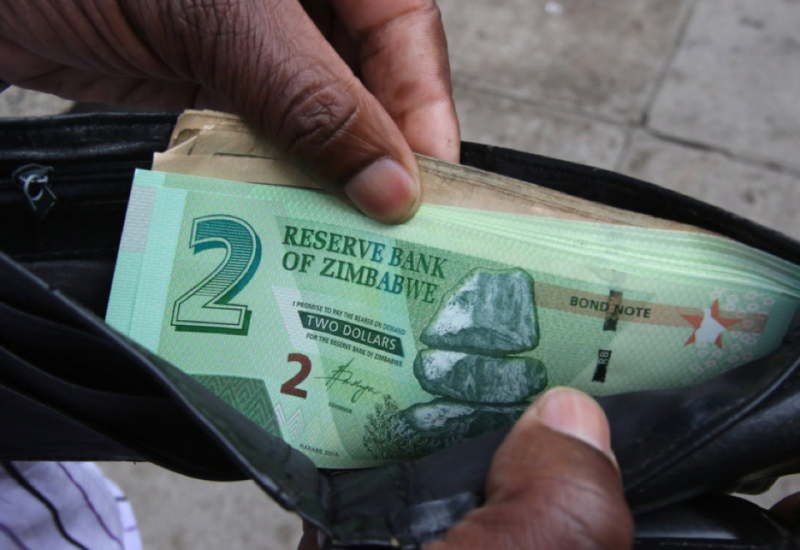 As Zimbabwe suffers severe money shortages, businesses are closing, food shelves in Harare are emptying and prices of basic commodities, fuel and medicines are soaring. The price of a two-litre bottle of cooking oil has reached $US10 (R142).

After the Zimbabwean dollar crashed in runaway inflation, Zimbabweans turned to US dollars, South African rands and the euro to trade daily goods and services. In 2016 the Zimbabwean government ignored the public outcry and introduced a quasi-currency in the form of bond notes. As a result an alternative black market is booming.

GroundUp interviewed Zim Bollar, who describe themselves as “a group of young activists who have identified an information gap about Zimbabwe’s illegal, alternative currencies markets”.

“We track the illegal currencies street markets and bring the story and reality to ordinary Zimbabweans on social media using Twitter.

“Between us we have a finance specialist, economist, a lawyer and a mathematician.

“The Zimbabwe illegal parallel market accounts for over 90% of cash transactions happening in the country. Hence ordinary Zimbabweans’ huge interest in our findings and digital posts,” the group claims.

They have more than 21,000 Twitter followers. Bloomberg news has cited the Zim Bollar index.

“We have chosen to remain secret — in the shadows — because we risk being misunderstood. What we are tracking for all intents and purposes is an illegal market … We check the illegal money rates on streets, cross-check performance of the official state stock exchange, and cross-check with the Johannesburg stock market and inform ordinary Zimbabweans.”

To source the information the group uses “secret point persons in four major towns of Zimbabwe to gauge the money markets”.

“They are not traders or buyers. Just eyes. In various WhatsApp groups we bring together traders and buyers where we pose as mystery shoppers to scoop intelligence.

“Rates are verified via an internal [undisclosed] algorithm to ensure accuracy. The mean average of all rates is what we circulate to the public via Twitter. We try to judge direction of street trades and public sentiments via our surveys.”

“On the second day of our presence on Twitter, someone made a report on Twitter, alleging that we were illegal money market traders bent on using Twitter as a medium. Twitter closed our account. We appealed and produced evidence that we were legitimate people with our only intention being to communicate our findings on Zimbabwe currencies realities. In no time, we were cleared, and our account was up and running.”

Here are examples of tweets from Zim Bollar:

The Alternative Market enters CHAOS TERRITORY as the RTGS/USD rate breaches the 250% mark to hit 290%, urging closer to the OMIR which stood at 357%:

A bullish trend is fast establishing in the Alternative Market as the RTGS/USD rate hits 200%, with the OMIR rate dropping sharply to 426%:

In a country desperate for timeous financial information in the midst of a volatile, troublesome economy, Zim Bollar appears to be providing a service that thousands of Zimbabweans desperately want.