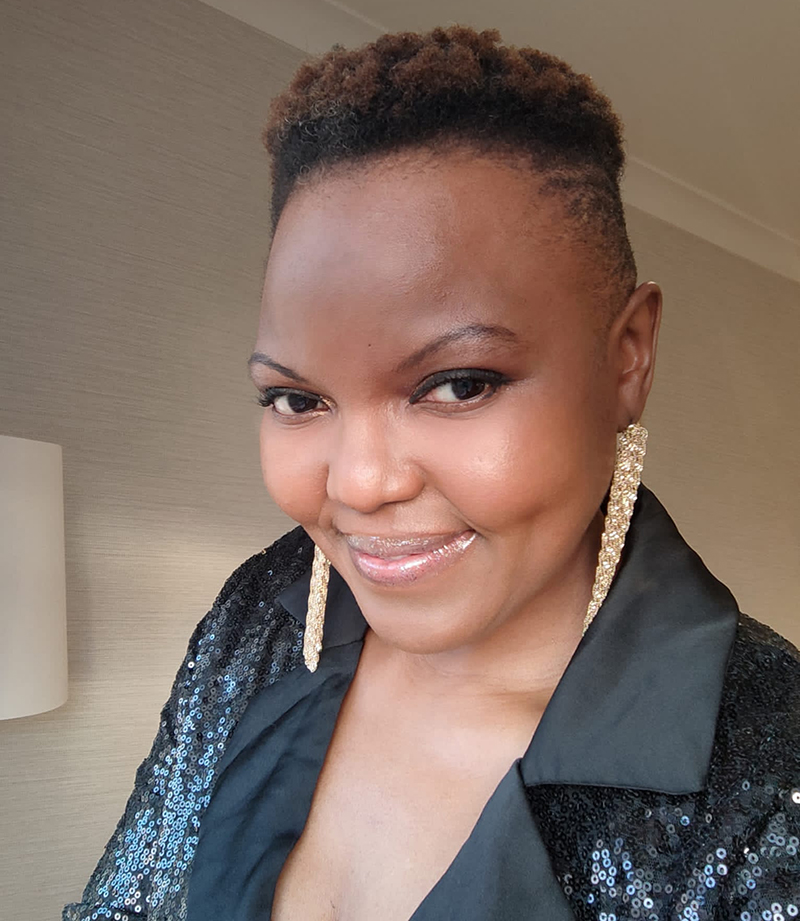 A Zimbabwean-born Dr Rhoda Molife, has been recognised for being a positive role model within her community.

The Surrey-based Nottingham University alumnus has been nominated for the Positive Role Model for Gender Award at The National Diversity Awards.

The award recognises an individual within the community who shows selflessness, drives change, and works tirelessly to inspire others.

“The opportunity to help others realise their own potential and to encourage them to achieve their goals and live their dreams is something I have always loved doing,” said Rhoda.

“I’ve been shaped by many positive role models both personally and professionally over the years.

“Being able to play a role in empowering both women and men in the very communities that have given me an opportunity to grow and develop is such an honour but being recognised for something I care so deeply about is a bonus.”

Rhoda studied at Nottingham and Sheffield universities, then trained and worked as a medical oncologist in the National Health Service(NHS) before moving into clinical drug development, where she is a senior clinical director with one of the top UK’s 5 global pharmaceutical companies Merck, Sharp & Dohme (MSD). The company has also been nominated for the Diverse Company Award. 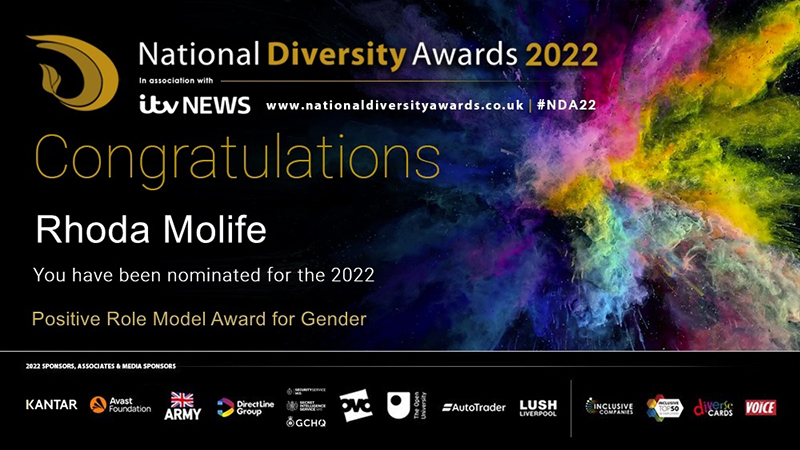 Rhoda has authored and co-authored multiple articles in medical journals and presented research work internationally. She has mentored people from a range of backgrounds both formally and informally, particularly those who want to pursue a career in medicine and science.

As a champion of community engagement initiatives, Rhoda has worked tirelessly to promote diversity, excellence, and achievements of the black community, particularly through her work as a freelance writer and editor.

“There is so much more to us as people of African origin that others don’t see and it’s important for us to show our true narrative; it benefits us all.”

The National Diversity Awards receives over 60,000 nominations and votes annually.

Nominations and voting close on 20 May.

To vote for Rhoda to be shortlisted to win the award, go to: https://www.nationaldiversityawards.co.uk/awards-2022/nominations/rhoda-molife/

The shortlisted nominees will attend a black-tie awards ceremony in September at the Liverpool Anglican Cathedral when the winners will be announced.