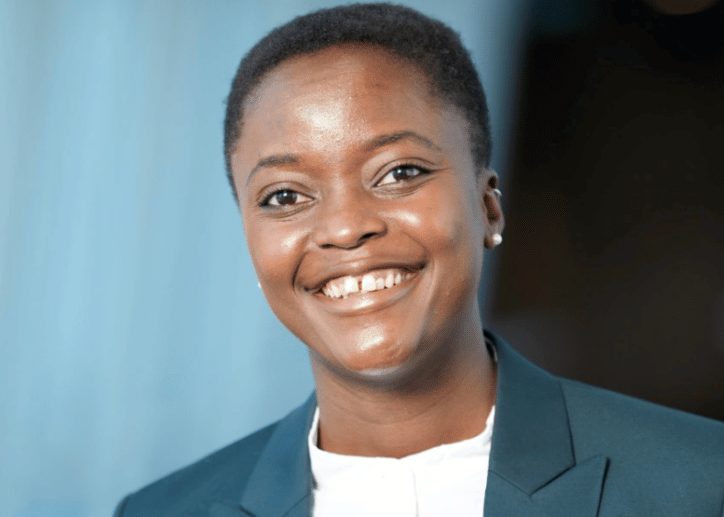 Zimbabwe-born Engineer Laurena Basutu has been awarded the $60,000 2022 UN Women Australia MBA scholarship, which funds the study of the University of Sydney Business School’s part-time MBA.

The scholarship aims to promote gender equality at the most senior levels of the nation’s public, corporate and not-for-profit sectors.

A project manager with Transport for NSW, Laurena’s engineering career has seen her contribute to the compliance, safety and quality of a variety of rail projects including freight, intercity fleet and regional fleet.

Her long-term goal is to create sustainable infrastructure that gives women physical, economic and social access to opportunities – a lofty aim inspired by her family’s move from Zimbabwe to Narooma (on the NSW far south coast) in the early 2000s as the dictatorship of Robert Mugabe wreaked havoc on the Zimbabwean economy.

“It was not until I moved to Australia in 2004 and took the free school bus to Narooma High School that I understood what true access was. That bus trip changed my life. It gave me the structural support to access an education that would not have been available to me otherwise. Beyond that, it opened my eyes to the fact that no-one can be free without equal access.”

A family history of change makers

Laurena’s determination to close the gender pay gap can partially be traced back to her mother-in-law, who was offered five-sixths of a man’s salary upon returning to work in Botswana in the 1970s.

With the help of a male colleague, she demanded equal pay and successfully had the discriminatory policy overturned.

Laurena aims to do the same and become an agent for change through her MBA.

“I’ve always believed that structural change is at the heart of tackling systemic inequality. Often we deal with the symptoms of inequality rather than the root cause,” she said.

“I am not a key decision-maker in my organisation. Despite there being more women in work, we do not call the shots. This is not just the case in male-dominated industries like tech, but is also prevalent in industries like retail where, despite the majority of employees being women, 70 percent of the leadership are men.

“As the only black woman in my team, I have been uniquely placed to be a role model for those around me. I am a mentor to young female engineers. But that alone is not enough.

“Being in the room is simply not enough. Visibility – without structural and systemic change – is not sufficient. I want to do more to empower future female leaders and this scholarship will help me do that.”

Laurena believes the MBA will give her the tools, skills and perspective to understand and address the root causes of inequality.

Aims as a female leader in STEM

As the only black woman in her team, Laurena believes she is in a unique position to not only be a role model but also effect change at a higher level.

“Structural change is often incremental. The key to success is often working with like-minded people toward a long-term outcome,” she said.

“Undertaking this MBA under the UN Women’s Australia scholarship will also keep me motivated to continue to pursue change.”

“Coming from a country with a complicated geopolitical climate, I’ve seen the positive impact that sustainable development work can have on supporting indigenous people to set up the structures and civil society to lift themselves out of poverty.

“I want to be a part of that. I want to use my skills to change the lives of women and girls in rural, regional and developing communities.”

It’s something Laurena has already embraced through volunteer roles, including with the Foundation of Young Australians, the Oaktree foundation and Engineers Without Borders.