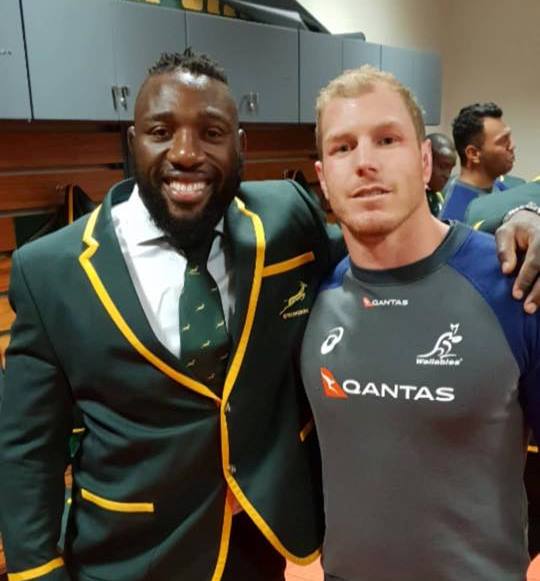 ZIMBABWE born former international rugby stars, Tendai “Beast” Mtawarira and David Pocock have been recognised for their immense contribution to the global game over the last 10 years after being named in World Rugby’s Team of the Decade as part of the Special Edition Awards held on Monday evening.

In a virtual show, the World Rugby Awards Special Edition celebrated members of the rugby family who have provided outstanding service during the Covid-19 pandemic as well as players and teams who have starred over the last decade.

Instead of the traditional awards celebrating performances on the pitch in 2020, supporters had the opportunity to vote for their six favourite Players and Tries of the Decade awards, with the World Rugby Awards’ star-studded panel given the difficult task of selecting two Teams of the Decade.

Former New Zealand skipper, Richie McCaw took home the biggest award of the evening after being named the 15s Player of the Decade award.

Although Zimbabwe is not considered a global powerhouse in the highly physical game, there was some local flavour in the Men’s Team of the Decade following the inclusion of Springboks legend Mtawarira and Pocock who enjoyed a successful career with Australia.

Loosehead prop Mtawarira represented South Africa from 2008 until last year, with his biggest achievement in the green and gold being winning the 2019 Rugby World Cup with the Springboks in Japan.

The 35-year old Harare born Mtawarira retired from international rugby in November last year having represented South Africa internationally 117 times since he made his Test debut against Wales at Loftus Versfeld in Pretoria on 14 June 2008.

Mtawarira is the most capped prop in South African history and the third most capped Springbok of all time behind lock Victor Matfield (127) and wing Bryan Habana (124).

He relocated with his family to Australia as a teenager and played for the Wallabies from 2008 to 2019. He retired from the international game after last year’s Rugby World Cup and walked away from all forms of rugby in October to pursue his interests in grassroots rugby and conservation in his country of birth.

The 32 year-old flanker was capped 83 times over an 11-year Wallabies career and had had the privilege of captaining the Wallabies captaincy during the 2012 mid-season Test series.