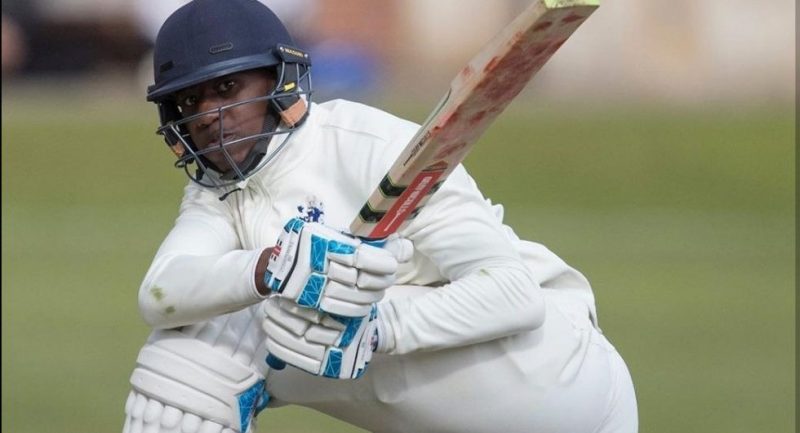 The prestigious Wisden Schools Cricketer of the Year award is presented by the Wisden Cricketers’ Almanack, or colloquially the Bible of Cricket – a cricket reference book published annually in the United Kingdom since 1864.

Muyeye, who is an A Level student at Eastbourne College in East Sussex, England was on Tuesday named the winner of the prestigious award following his record breaking exploits on the English schools cricket scene last year.

Muyeye’s accolade comes as no surprise to Eastbournians who have witnessed his play.

The former Peterhouse Boys School pupil in Marondera finished with 1,112 runs at an average of 69.50 for the season, the third-most in England.

Additionally the right-hander made one of only two double-centuries in schools cricket in 2019, a feat Muyeye also achieved in 2018, a first in the history of Eastbourne College.

Born in Harare but with family in the United Kingdom, Muyeye was named a reserve for Zimbabwe’s 2018 Under-19 Cricket World Cup squad at the age of 15.

However, according to reports from England his ambition is to qualify and play for England, and English country cricket giants Sussex have already expressed interest in the youngster.

The 2020 edition of Wisden Cricketers’ Almanack – to be published on April 9 – said of Muyeye: “He is a player of immense presence, a batsman destined to empty bars. People in the know at Eastbourne [College] have learned to ask when he will next be playing, so they can feast on his style, which shows the aggressive influence of Viv Richards and Kevin Pietersen, two of his idols.

“Like them, he intimidates the attack, turning respectable bowlers into fodder for his swinging bat. Muyeye, a popular, hard-working, self-effacing student who hails from just outside Harare, is on a sports scholarship; he has family in the UK, and hopes to qualify for England rather than his native Zimbabwe.

“Rob Ferley, his coach at Eastbourne [College], says he is also the best off-spinner of his age group in the county, as well as an electric fielder with exceptional hand-eye co-ordination.

“But it is the reliability of his fast, wristy run-scoring that has given Sussex cause to be interested in his development, and makes him such an exciting prospect.”

A statement from the College added: “Tawanda Muyeye is the epitome of hard work, effort, humility and kindness.

“The qualities of endeavour have helped him in breaking two longstanding school records; the first pupil ever in 150 years of cricket to score two double hundred and the all-time run scoring record in one season.”