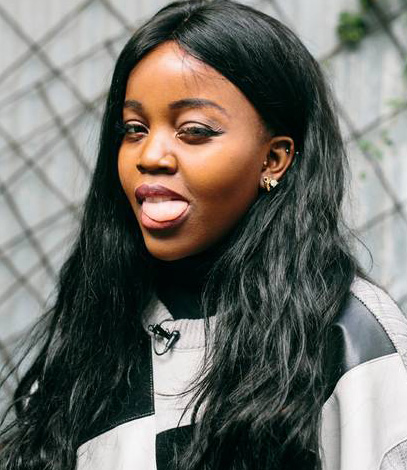 AT 20 years old, Takudzwa Victoria Rosa Maidza – Tkay Maidza for short – is the most exciting rapper to come out of Australia, ever.
She released her first mixtape Switch Tape last year while studying architecture at university; it was received so well she found herself swapping school for touring, which included a string of shows with her pop idol, Charli XCX.
Her cheeky and charming of rap over melodic and summery electro beats has gained international attention. She has even been given a nod by the one and only Killer Mike, who she teamed up with for a track on her upcoming debut album.
Born in Zimbabwe, Maidza and her parents immigrated to Perth, Western Australia when she was five. A star pupil, she graduated high school at just 16 and it was around this time that she started experimenting with her dad’s recording gear.

Maidza learned piano for a year and guitar for six months—that’s about the extent of her training—and her early songwriting process involved a lot of trial and error.
“I wrote my first songs from the ideas I came up with and I didn’t change anything,” she tells Broadly. “I’d just write a verse and think, ‘Oh, that’s good enough’.”
Musicians like Nicki Minaj, Rihanna, Missy Elliot and Santigold provided the bulk of Maidza’s musical education.
“I’ve been a mimicker, so I mimic first and then I find my feet,” she says.
Over the last few years, she says she has learned to trust her own judgement. “With a lot of practice I got to a point where I could make music without looking at references, and now I just know what I’m supposed to do.”
It all came together when Maidza put out her first track “Brontosaurus” and mixtape Switch Tape.

“I was just doing music as a side thing with no real intentions,” she says, “but when I started touring I realised I couldn’t really do both at the same time so I just said I’d do music for a year and see what happens.”

Flash forward, and Maidza is about to release her first full-length album.Advertisement

Maidza soaked up the work of Minaj, Kendrick Lamar and Top 40 pop while making the record—which is out in late October—which counts Salva, Dre Skull and What So Not as producers.
“It’s the best representation of what I’ve been doing in the last 12 months—what I’ve experienced, what I’ve seen, and the new people I’ve worked with,” she says.
“Somehow it sounds like it’s more mature,” she says of ‘Carry On’, the track she co-wrote with Killer Mike. “It sounds like my sound is growing.”
Maidza contributes some of her success to being surrounded by a supportive group of fellow female musicians, including George Maple, Nat Dunn, and Nina Las Vegas.
Unsurprisingly, Maidza finds that working in a male-dominated sphere like the hip hop scene has a profound effect on her as an artist, saying that female artists are expected to be “really pretty and basically perfect.”
“It’s important, especially if your visuals go in line with your music, to make sure everything is always 100 percent,” she says.
“It’s annoying that I have to always think about what I’m wearing and never really wear the same thing twice. It’s unfair for some of us, but I guess you just have to work harder.”
Looking to her idols, among them Rihanna, she says this work ethic comes from within. You don’t get to be so powerful that people will lint roll you on command without a lot of determination. “All these people have started somewhere, and I think they’ve had the dedication at the start to do it themselves.”