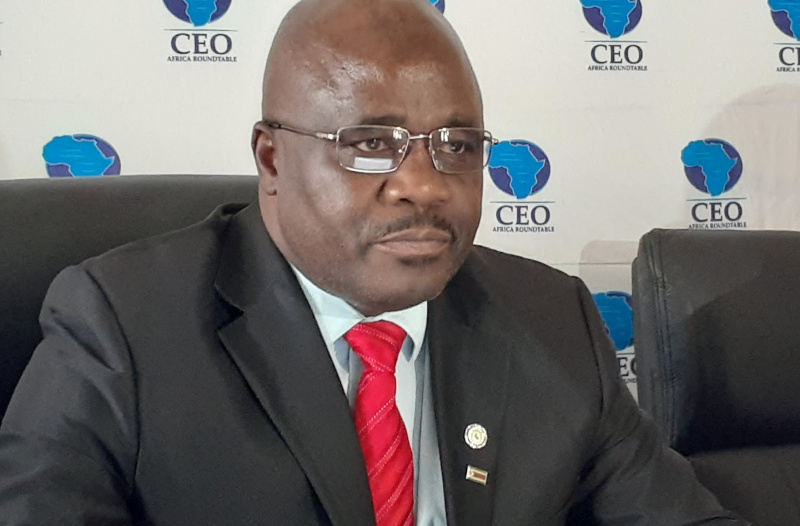 ZIMBABWE business executives have put up an ambitious bid to bring President Emmerson Mnangagwa and opposition arch-rival Nelson Chamisa under the same roof when they host this year’s CEO Africa Roundtable 2020 Edition in Victoria Falls later this month.

Since the disputed July 31 elections of 2018, the two politicians have never met despite calls for them by locals and outsiders to do so.

Addressing journalists in Harare Thursday, Roundatable executive chairperson Oswell Binha bemoaned that the country was hosting world business executives at the high-profile indaba with the country’s economy under intensive care.

He said the country’s economic challenges had all to do with the politics of the country which were not in place.

“One of the things we have decided to do as a roundtable in a pluralistic manner, we have done a diagnosis this country’s challenges among other African countries really face,” Bimha said.

“We have sent invitations to the two political party leaders, President Emmerson Mnangagwa and opposition MDC Nelson Chamisa to join business executive from across the globe during 2020 CEO Africa Roundtable edition scheduled to take place from the 18th to 20th March in the resort town of Victoria Falls.

“Our challenges in Zimbabwe are neither economic nor social; our challenges are predominantly political and as a roundtable, we believe Zimbabweans or Africans in general must take responsibilities given to them by their citizens seriously.

“We are also proponents of convergence, proponents of oneness; let’s differ in terms of what we believe but I think let’s try and be strategic to see that our countries, our continent has to compete.

“And competitiveness is the global theme today.”

Binha added, “So as the roundtable, we believe there is nothing that should stop political protagonists in the Zanu PF side or MDC or any other party to be able to sit on a roundtable and discuss and agree to disagree wherever they disagree or agree.

“So, we are optimistic that our invitations are going to be heeded and we will have a very good constructive discussion.”

Past attempts by local churches to bring the two powerful politicians under one roof have failed as President Mnangagwa has insisted Chamisa must instead, join the former’s Political Actors Dialogue forum that comprises multiple parties.

Chamisa insists only an understanding between him and Mnangagwa was the panacea to the country’s myriad problems.

“We have gone past the stage of trying to find how shallow or deeper our problems are but, to find solutions,” he said.

“Ofwhich in the solution equation, I think largely Zimbabweans agree that they have got their roots from our politics which are kind of toxic, which has kind of polarised our nation and until or unless we come together as Zimbabweans and start to believe again, then we can start thinking of solutions to this country.

“I think there is a general agreement across the board no matter who you are, but probably what is lacking is a trigger mechanisms for us to come on the table as we do it here and be able to confront these challenges head on.”