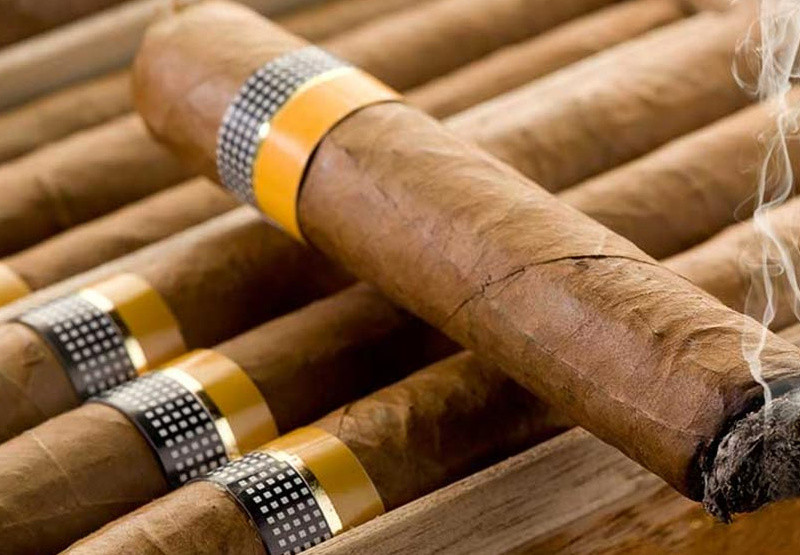 Despite being a renowned tobacco producer globally, Zimbabwe is inserted in the global value chain mainly as a grower and exporter of the golden-leaf.

The southern African country is the largest producer of tobacco in Africa, and the sixth producer in the world.

“We are determined to play our part, to put Zimbabwe on the map, and we feel that with this project we are going to do just that,” said Mafundikwa.

Following his early retirement after living and working in the United States for 15 years, last year Mafundikwa returned to Zimbabwe to set up the cigar company.

Before he started production, Mafundikwa travelled to Cuba and the Dominican Republic to learn the craft of making cigars.

Mosi-Oa-Tunya, which means “the smoke that thunders” in the local Lozi language, uses locally grown tobacco and wrappers imported from the Dominican Republic.

Mafundikwa said he is determined to take on established players in the cigar industry, especially in the lucrative Asian market.

“Obviously the U.S. is the biggest market but China is also a huge market, and the fact that we are already sending our tobacco to China in its raw form, there was an opportunity here to do value addition to our tobacco, and getting into the Asian market is one of our goals,” he said.

The reception of the brand “has been phenomenal, not only at home but abroad as well,” said Mafundikwa.

“And we are also creating employment. Our company is focusing more on women empowerment, as you can see all our rollers here are women, so in our small way we are playing our part in creating employment and also empowering women,” he said.

Since March, Mosi-Oa-Tunya’s all-female group of cigar rollers has been undergoing on-the-job training at the factory.

Despite a depressed economic environment, Mafundikwa is confident that Mosi-Oa-Tunya has what it takes to compete with other established cigar makers.

However, the lockdown imposed to stem the spread of COVID-19 has disrupted the company’s operations.

“But the biggest challenge that I could say we are facing at the moment is the global pandemic that’s currently ravaging the world, and this is not only something that is affecting Zimbabwe, but it’s affecting the whole world. So to try and start up something in this environment is not easy,” he said.

Despite two decades of economic downturn, Zimbabwe continues to punch above its weight when it comes to tobacco production.

Tobacco is the country’s second-biggest foreign currency earner after gold.

China, which is the largest tobacco market in the world, has been the biggest buyer of Zimbabwe’s tobacco for several years, and has also been a major funder of the production of the crop through contract farming.