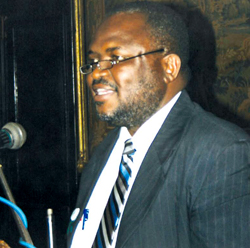 HEALTH Madzorera has urged Indian firms supplying generic medicines to produce the drugs locally to help grow the country’s pharmaceutical sector.
Speaking in India, where he is holding meetings with various drug companies, Madzorera said: “Going forward, we desire our pharmaceutical industry to grow, and we believe that the Indian manufacturing sector can play a key role in Zimbabwe’s development.
“Zimbabwe is right in the centre of three epidemics – HIV/AIDS, TB and malaria. We think drugs to control these should be manufactured in the region and Indian companies should exploit this opportunity,” Madzorera said.
“We want to increase the manufacturing capacity of Zimbabwe through partnerships with Indian pharmaceutical firms.”
He said Zimbabwe had recovered from the economic crisis and political uncertainty of the last few years which had forced investors to stay away from the country.
Investment in Zimbabwe would also give Indian companies access to markets in the rest of the region, he added.
“The situation has now changed. Zimbabwe’s economy is mostly dollarized. Though we may be a small country, Indian companies investing there will have access to a 250 million-strong SADC market,” Madzorera said.
Indian pharmaceutical firms have a significant presence in the region, particularly in South Africa, which is the largest market for Indian medicines in the continent. Indian firms like Cipla are already manufacturing drugs in South Africa.
Madzorera’s visit comes after the last India-Zimbabwe Joint Trade Committee meeting held in Harare in March.
During the meeting, India’s Commerce Minister Anand Sharma and his Zimbabwean counterpart Welshman Ncube, discussed potential joint venture investment projects involving the Industrial Development Corporation (IDC).Advertisement