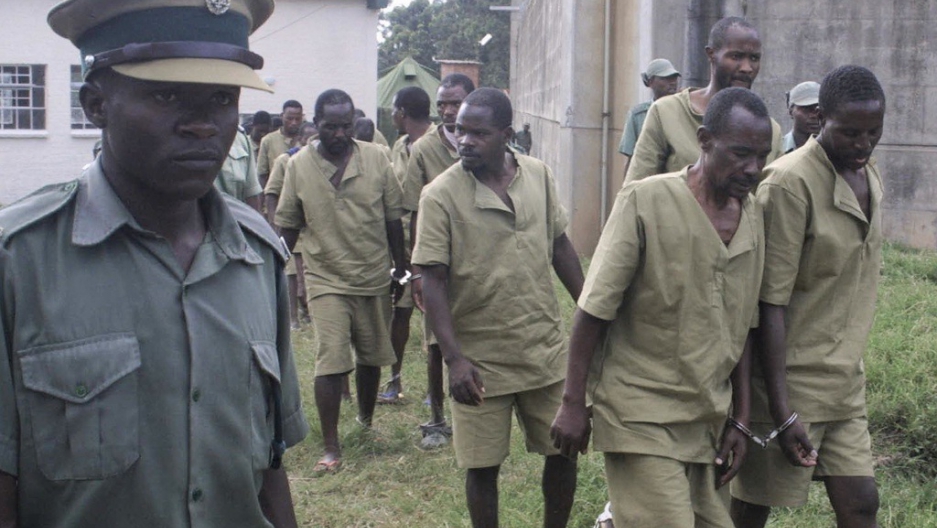 ZIMBABWE prisoners who test positive for Covid-19 are just given hot water as treatment for the dreaded ailment, journalist and former inmate Hopewell Chin’ono has said.

In an interview with an international media outlet weekend, Chin’ono, who was released on $10 000 bail last week after a nightmarish 45 days in remand prison for violence incitement, said the situation within Zimbabwean prisons was dreadful.

“The situation there is terrible. Inmates are served with boiled beans and cabbages all year round, once a day,” he said.

“If you fall sick, there is no medication. Those who test positive to Covid-19 are given hot water as remedy to help them lessen the pain and impact of the dreaded disease.”

Covid-19 has no cure at the moment with health authorities recommending self-isolation and home remedies such as steaming, use of herbs and strong antibiotics for some.

Chin’ono, who was detained among convicted inmates at Chikurubi Maximum Security said, “inmates cannot even turn when asleep because they are packed like sardines.”

The journalist, who was reported ill while under jail detention, said he indeed fell sick as a result of the difficult prison conditions.

“I developed fever,” he said.

Before his release, Chin’ono had reportedly developed Covid-19 symptoms.

This was revealed by his lawyers after the freelance scribe was examined by a private doctor who said he had developed the symptoms.

An investigative journalist who loves to expose State corruption, Chin’ono said his imprisonment was a blessing in disguise as he got first-hand experience over the dire conditions experienced by jailed citizens.

Zimbabwean jails have generally been condemned by rights groups amid reports of poor of diet, lack of drugs, overcrowding and bad treatment by prison officials.