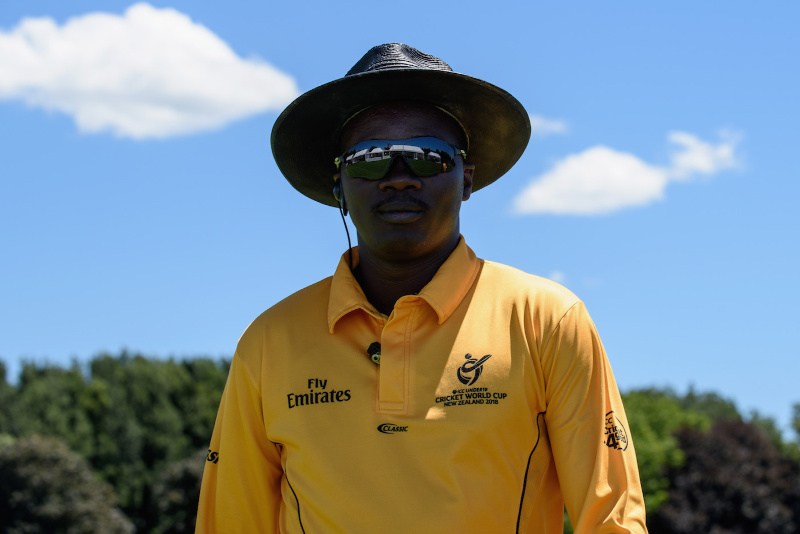 TOP Zimbabwe cricket Langton Rusere continues to scale dizzy heights in international cricket after being appointed to officiate in the ongoing three-match One-day International (ODI) series between New Zealand and India which started on Wednesday.

The 34 year-old Masvingo-born Rusere was one of the on-field umpires for the first ODI at Seddon Park in Hamilton which was his first ever overseas appointment for a bilateral international cricket series.

Rusere will be the television umpire for the second game at Auckland’s Eden Park on Saturday before he stands again in the third and final ODI between two of the world’s best cricket teams pencilled in for next Tuesday (February 11) at Bay Oval in Mount Maunganui.

India and New Zealand are currently placed second and third respectively in the ICC men’s ODI team rankings and Rusere’s appointment to officiate in the series is a major endorsement on his ability as a cricket umpire.

Rusere made history last year when he became the first Zimbabwean umpire to stand in the final of a major global cricket tournament as one of the on-field umpires for the Women’s World T20 final between Australia and England.

His journey into umpiring however started in 2006 in Zimbabwe’s national league club competition.

Rusere made his professional umpiring debut in the match between Northerns and Centrals in Zimbabwe’s provincial one-day competition in 2009.

He umpired outside Zimbabwe for the first time in 2014, officiating in three games during South Africa’s provincial three-day and T20 competitions.

Rusere was part of the umpiring team at the 2016 Under-19 World Cup in Bangladesh, and went on to do duty at the 2017 Women’s World Cup staged in England.

Two years ago, he was also one of the umpires at the Caribbean Premier League, the second time he was involved in the tournament.

Rusere was also a mentor umpire for the World Cricket League Division Two – the qualifier event for Associate teams to the World Cup Qualifier 2018 – held in Namibia in February this year.