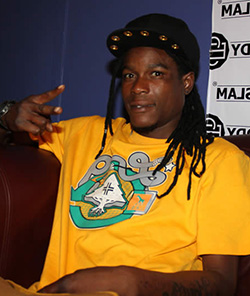 DANCEHALL supremo and Gum-kum star Saul Musaka, popularly known as Soul Jah Love was arrested during the week.
And according to sources, he was as high as a kite on marijuana.
Musaka was apprehended Tuesday afternoon after smoking the banned herb in broad daylight while a further stash of the herb was found on his person.
“It is true we have had him here for a while and his case is being processed,” said a cop who refused to be named.
“He is being treated like any other person who has been caught with the herb. There are no further details at the moment.”
An urban grooves performer who was privy to the arrest also confirmed the incident.
“It was shocking. He was smoking weed like it were some ordinary cigarette on a normal day. Something must be wrong with his marbles,” he said.
SoulJah Love – Zimbabwe