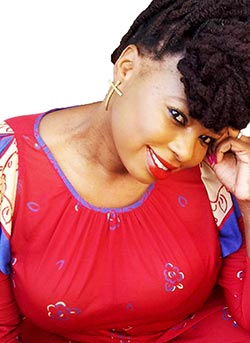 ZIMBABWEAN designer Pamela Samasuwo Nyawiri is a step closer to clinching the prestigious Vogue and Muuse Award for Best International Emerging Fashion Accessory Designers.
The UK-based Pam was recently shortlisted in the top three of the potential winners whose successful candidate will now be determined by a panel of Editors of the Vogue Magazine.
Pam said she is already thrilled to have achieved a nomination.
If she eventually wins the award on March 5, she will have made history after being the first ever African to be nominated for the award.
In the voting process Pamela led the race for most of the voting duration before eventually coming third after a Belgian designer and another from the Netherlands.
“The nomination itself was such an honour and going through the process to the finals was amazing as I no other expectation,” said an elated Pam.
“I am humbled by the spirit of fellow Zimbabweans who quickly mobilised themselves to support me through the process.”
Pam managed to survive through stiff competition from an initial 10,000 entries that were reduced to 180 that were further screened via public voting.
She posted on social network Facebook recently; “Hi guys, thank you sooo (sic) much for your support re:Nomination for Vogue and Muuse Young Vision Award for “Best Emerging International Accessory Designer. .
“I was so overwhelmed by the love and how quickly everyone became part of the whole process. I have been put forward for the final few and today I have a panel interview with 4 of Vogues most prestigious Editors. I know I will not be standing alone as your support speaks volumes. Whatever the outcome, we are winners.
“To go through a process with 10, 000 other designers, and to still be the only African representing, for me is a winning moment! The opportunities that have come as a result of this experience are ones that I could only dream of. Be blessed.”
Congratulatory and encouraging messages have been flowing on her Facebook page from friends and relatives all over the world.