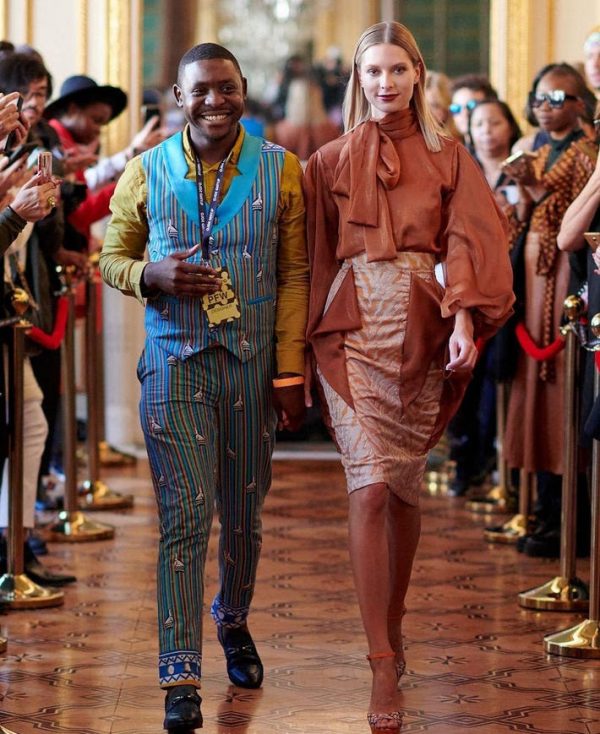 LOCAL fashion designer, Ishmael ‘Zargue’sia’ Tsakatsa put the Zimbabwean flag on the map with his display at the prestigious Paris Fashion Week held from September 28 to October 6.

Tsakatsa the founder of Zargue’sia a high fashion clothing brand becomes the first local designer to showcase his collection at Paris Fashion Week.

The globally acclaimed esteemed series of fashion design presentations held in France has given emerging brands like Tsakatsa’s an opportunity to grow and penetrate the fashion market.

Tsakatsa’s spring or summer 2021/22 collection themed ‘Stones of Fire’ which took him almost a year to complete has made waves since its debut on the runway.

Speaking to Forbes, the rising designer said the process from sketches, fabric selection, patterns to sewing was demanding but the result was worth it.

He said, “It was inspired by the innate human ability to pursue purpose with courage and determination regardless of the challenges and obstacles faced.

“Taking a literal example of a volcano, the hot molten lava is able to destroy anything standing as an obstacle in its way as it flows like a trailblazer.

“The preparations were very demanding but worth every single sweat. There were high expectations to be met with regards to how best l can represent Zimbabwe and Africa at large on my debut at Paris Fashion Week.”