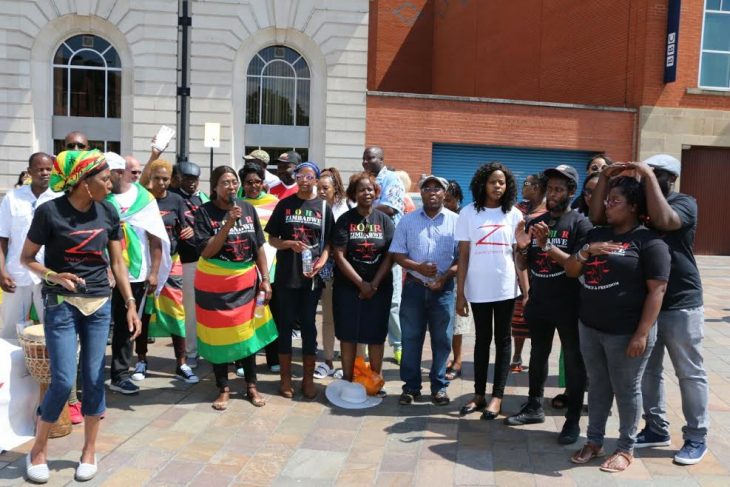 I WAS in a WhatsApp group chat the other day. The conversation was lively and the exchange of views robust; Standard stuff amongst professionals. Then suddenly, the conversation took a nasty turn and before I knew it, I had a ringside seat to a verbal storm. A swirling maelstrom of innuendo, name calling and full-blown insults – occasionally interrupted by the occasional “kkkkkk” (which is WhatsApp-speak for laughter. Laughter intended to encourage the lexical flame-throwing).

The point of this piece is not to analyse human behaviour on social media. It is not about why, on social media, societal norms seem to go out of the window. It is not about Zimbabweans’ vast, untapped, linguistic talents in the field of public insults (kunyn’omba). Nor indeed is it about how many of us are not just keyboard warriors, but keyboard terrorists – with phrasal molotov cocktails at the ready. In fact, any of those topics would make for very interesting articles in their own right. Unfortunately, I can’t do justice to any of them because I don’t have qualifications in Sociology or related disciplines.

So, I will approach this from an angle with which I am slightly more familiar: Economics. During the whole WhatsApp kerfuffle – from which this article draws inspiration – There were some recurring themes in the verbal blows. One was the extent to which, each of the antagonists’ insults were based on out-of-date generalisations; inaccurate stereotypes about residents of different countries; and mischaracterisation of each other’s immigrant experiences. In fact, as more participants joined the melee, clear threads of generalisations emerged in the whole riotous affair.

For example, the UK residents were labelled a “bum-cleaners”. This was in reference to the idea that all Zimbabwean Britons are care-workers for the elderly. And that their job descriptions strictly mandate a spotless and fresh-as-daisies approach to patrons’ buttocks. That may have been true of some Zimbabweans at some point in the distant past.

However, having lived in the UK for the best part of 18 years, and having built up a network of more than 500 Zimbabweans whose paths have crossed mine over the years – as evidenced by the number of contacts in my phone and on my LinkedIn page – I only know of one person in this type of work. Even then, she doesn’t actually do the hands-on aspects of “bum cleaning” – because she owns a company that employs people who do.

Anyway, whether that nuance matters or not, I think it’s important to say that: there’s no shame in this or any job. Indeed, as an Economist, the only thing that matters about a job is the factual consideration of whether there is sufficient demand for the service being rendered. Everything else is a matter of opinion and therefore open to debate.

Later that day, long after all the contenders had run out of insults or batteries (or possibly both!) I lay awake. Brain buzzing. Pondering the extent to which the stereotypes painted in the day’s verbal exchanges were true. Examples abound: do all black Zimbabwean men in the diaspora only want white women? Are all Zim men in the US a bunch of absentee fathers? Are all UK-based Zimbos financial illiterates (since we gladly pay stupid prices for both houses and train travel). However, what weighed most on my mind, as an Economist, was the potential future implications of some of these things – if they are true.

So as an example, if there is any truth in the “absentee father” insult, we could potentially be storing some future troubles. This paper, published in the 2013 Annual Review of Sociology, found that father absence has lasting, causal effects on children’s outcomes in mental health; educational attainment; and earning potential.

Also, if the financially illiteracy insult has any grain of truth in it; can we expect to grow our wealth sufficiently to live well in retirement? How can we ensure we that we eventually pass on enough wealth to build a lasting foundation e.g. in property and other inflation-proof assets for our children?

In a separate – but pertinent subject – a 2013 study by the US Federal Reserve found that the median wealth for white households was 13 times that of black households. The primary reason for this was inherited wealth. The UK doesn’t fare much better as the government’s Race Disparity Audit shows, for example, that 10% of white children live in poverty – compared to 20% of black children.

For the purposes of this article, I’m lumping together black and white Zimbabweans because they may share the same commonality of having little inherited wealth (relative to the indigenous population of whatever country they live in) by virtue of being first generation (in many cases) immigrants.

The purpose of this article is not to apportion blame or point fingers. However, it is not hard to see that households without a father at home are more likely to depend on government welfare benefits. These benefits are not designed to make people wealthy and are merely a means to delay the onset of death (by a few years).

When discussing such intensely personal matters as absent fathers; and the effect of that on children, many people have the tendency to disagree with the findings – based on their own experience. So, at this point, it is important to say that, these statistics and research were based on significant enough population samples to warrant the validity of the conclusions arrived at.

There’ll, of course, be some of us, from single-parent households, who are lucky enough to not have their life experience reflected in the Fed’s research – which is a snapshot of the general population. Such people are merely statistical outliers and are not representative of the population at large (at least according to this peer reviewed research).

Finally, after much tossing and turning in my bed, I decided that the only way to stop the questions pointlessly stewing in my head, was to ask you, my fellow compatriots directly. And with the help of some friends, I designed a survey to get to the bottom of the matters raised – and to allow us as Zimbabweans to do some introspection.

The survey, is completely anonymous and should take less than 5 minutes to complete (the friends who I timed, all took 3 – 5 min each). Hopefully the survey results will give us all a better understanding of each other, or even help us plan for the future. Failing that, the survey should, perhaps, improve the quality of our insults – especially as I have added a little surprise at the end, to thank you for your time!

Please complete the survey on this link.  I look forward to sharing the findings with you soon. Thank you!
Crosby Pamberi is an Economist working in London