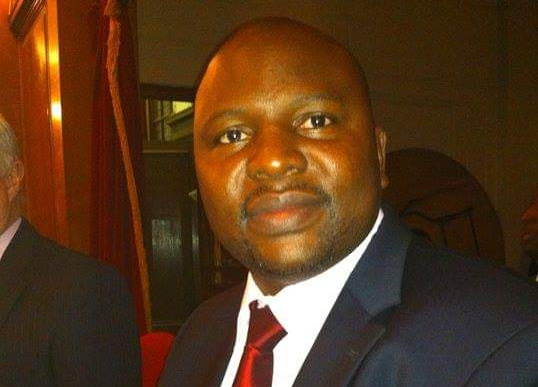 ZANU PF United Kingdom and Europe chair, Marshall Gore has encouraged the Diaspora Community at large to apply for land back home during the build-up to the second phase of the equitable land redistribution programme set to take place after the country’s land ministry is done with its land audit.

Government has commissioned an audit meant to assess efficiencies and sustainable utilisation of allocated land for increased investment and production.

“The call to apply for land has yielded overwhelming responses from men and women in the UK across the political divide,” Gore said on Thursday.

He cited that the interesting thing was that most of the applications were backed by solid project proposals.

“The Zimbabwean initiative abroad was seized with numerous challenges to feed into home efforts in many areas.

“Zimbabwe boasts of a relatively strong human capital base, albeit scattered around the world.

“The country is yet to leverage this core competence to develop local expertise in high value-added services such as strategy consulting, complex financial advisory, economic research and thought leadership among others.

‘’These skills are critical success factors and a national asset in the dynamic information age.”

Besides politics, Gore is also a successful businessman and farmer in Goromonzi where he is currently is growing maize, sweet potatoes and cattle farming at his family farm.

He was at the forefront of establishing the Zanu PF UK/EU District with his predecessor Nick Mangwana, who is now permanent secretary in the information ministry.

Gore is a philanthropist who is also committed to inclusive and progressive politics.

Since the coming into power of President Emmerson Mnangagwa, he has been working tirelessly to promote brand Zimbabwe.

Last year in his capacity as the leader of the UK and European District of Zanu PF, he delivered two keynote addresses at the African Summit Solution Conference and the African Trade Expo Symposium in London respectively.

The thrust of his message in both engagements was aimed at promoting Agro-based investment and an increased participation of Diaspora based economic participation through a continental fund aimed to complete Agenda 2063.

Gore also supported the implementation of the Cluster-based Diaspora Engagement Framework launched by the Zimbabwe UK Embassy which in to ease communication between the Diaspora and Government.

To date, the Diaspora Agricultural Engagement Cluster is led by George Nhera who has since has facilitated 117 applications for A2 farms.

Nhera has been at the forefront of campaigning for Diaspora to participate in developing agriculture in Zimbabwe.

In 2018, he led a delegation of investors to Zimbabwe to explore several agricultural projects.

He remains committed as Cluster leader to delivering sustainable partnership between the Diaspora and farmers back home in both identifying markets and sourcing modern farming equipment abroad.

The Diaspora initiative to own land back home was revived by President Emmerson Mnangagwa’s call for viable economic reforms which targeted a review of all the productive sectors including agriculture.

Under the measures, government in a bid to improve capacity utilisation of land has since instructed land audit that sought to identify farms that can further be parcelled out to deserving beneficiaries, and a subsequent call by the Zanu PF Commissariat department on the eve of the 2020 independence commemorations for Zimbabweans based overseas to take up land and be part of beneficiaries of this pricey commodity.

Secretary for the Commissariat Victor Matemadada in an interview then urged Zimbabweans in various parts of the world to “get organised, communicate to government and benefit from land reform”.

‘’The land audit has been completed, (it) land is available and I encourage you to make efforts to benefit from the last redistribution.

“The major heritage is to own land and it is land that marks the basis of development,” Matemadada said then.

The Agricultural cluster (UK) is one of many other clusters set up by the diaspora community under the guidance of the Zimbabwe UK Embassy.

Other clusters that have come as a result of this initiative include Health, Mining, Finance, Infrastructure, Sports & Arts, Education and Tourism.

Zimbabweans wishing to apply for land from the UK have been encouraged to e-mail George Jodias Nhera Leader of the Diaspora Agricultural Engagement Cluster on jgnhera@gmail.com