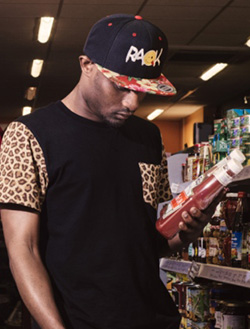 A ZIMBABWE born DJ based in Clare Ireland has caught the attention of one of the biggest rap stars on the planet.
DJ God Knows and his Irish partner Ennis DJ John shared the stage as support acts for Snoop Dogg at two Dublin gigs at The Academy in midweek.
God Knows and John landed the prized support slot at one of the most eagerly anticipated rap shows of the year on the strength of their acclaimed debut album, Rusangano/Family.
A copy of the album found its way to Snoop’s management team who were said to be very impressed by John and God Know’s thrilling blend of grime and hip-hop.
“We’re delighted with it. We’re buzzing. I remember listening to Snoop when I was 13. It’s hard to believe we’re going to be playing with him,” said John last week.
Rusangano/Family has attracted huge critical praise since its release in May.
Hot Press described the album as a “hip hop stunner”.
Influential music writer, Nialler9 hailed Rusangano/Family as “a game-changer in the way it drags Irish hip-hop into a fully-formed album/mixtape format with a confidence and skill that is unfamiliar in this country’s rap output”.
Music blog The Point of Everything said Rusangano/Family is the “best album of 2014 so far.”
“The reaction to it has been absolutely amazing. It’s something that we definitely didn’t see coming” says God Knows.
“When we started out, we just wanted to make music for ourselves. We’ve enjoyed every minute of it. The amount of support we have got from people in Clare and Limerick has been brilliant.”
The pair describes themselves as a “Zimbabwean Christian and Irish Pagan who sat down with a cup of tea to discuss making an album.”
“We’re two people who really enjoy making music. We’re gob smacked at how it’s been received so far,” said John.
John has been involved in DJ’ing and music production for the best part of a decade. In 2013 he released ‘The Struggle’ EP with Limerick producer Graeme S.
God Knows moved to Ireland with his family from Zimbabwe. He is a founder member of the music collective Random Acts of Kindness (RAOK).
The pair will hold an album launch at Limerick’s Belltable theatre on July 4.Advertisement