News of the South

AN off-duty Zimbabwean doctor on his way to take up a Chevening scholarship in the UK put his training into practice when a passenger fell ill on his flight.

Edgar Munatsi (pictured below), who’s about to start an MSc in Public Health for Development at the London School of Hygiene and Tropical Medicine, was on an overnight flight from Johannesburg, South Africa to London when he was woken up by the cabin crew asking if anyone was a medical doctor.

“I raised my hand”

“I quickly looked around to see if there was anyone who had responded, but there was none. So I raised my hand in response to the announcement, ” says Munatsi, who was previously head of Zimbabwe’s Hospital Doctors’ Association.

He was led to the back of the plane where a passenger was so ill that the crew told him the captain might have to consider an emergency landing. 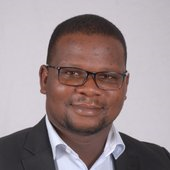 Said Munatsi: “I asked the cabin crew to give me their medical kit to see what they had in there. I was glad to see that the medical kit had most of the basic things needed to be used in this case.”

He was able to administer emergency care and quickly stabilise the passenger. He monitored the passenger for more than four hours.

“When the Captain finally announced that we had begun our descend for landing at London Heathrow airport, I was overjoyed!” Munatsi said.

“When we landed, I was elated to see my patient walk off the plane.”

Munatsi, who’s served as a Government Medical Officer at Chitungwiza General Hospital near Harare, has huge medical experience. But he says this is the first time he’s had to deliver medical care on a flight.

Chevening scholarships are offered by the UK government to hundreds of exceptional professionals around the world each year. Successful applicants are funded for a year’s postgraduate study, returning to transform their communities back home and build on links established during their courses.

A dream of many years

Munatsi says getting a scholarship to study public health in the UK was “a dream of many years.” He’s now about to start his year-long course.

He said: “I cleared immigration, picked up my bags, and got on the underground train to Central London. It certainly was a terrific start to my Chevening journey.”

The UK ambassador to Zimbabwe Melanie Robinson said: ‘I’m so impressed he was able to help in this way, and he hasn’t even got to the UK yet! –UK in Zimbabwe.