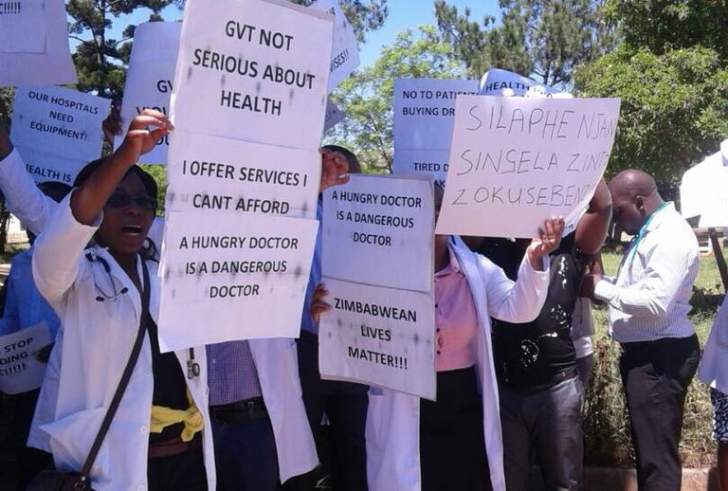 THE Zimbabwe Hospital Doctors Association (ZHDA) has condemned the formation of a splinter group and further accused the state for causing divisions among them.

A new doctors group going by the name Progressive Doctors Association of Zimbabwe (PDAZ) was launched weekend by some doctors who say they were motivated by the need to save lives of desperate Zimbabweans who have endured months without receiving health services due to the ongoing strike by public hospital doctors.

In a statement, ZHDA said some of their colleagues who have since dumped the four-month long strike feared victimisation by state machinery.

Government insists the continued strike by its medical staff was motivated by bribes given to doctors by the enemy, something the doctors have dismissed as propaganda.

“Contrary to the relentless propaganda, we emphatically reiterate that the situation has not changed in our health institutions,” said the defiant doctors’ group that has led the crippling strike over poor wages.

“The very few doctors who have returned to their workstations have done so by and large out of fear of victimisation and based on false promises.

“It is not unexpected in such settings to witness the formation of splinter groups, each with the aim to cause division, drive personal agendas and worst of all, capitalise on the destitution of the populace.

“Doctors remain incapacitated without a means to carry out their daily duties and survive. Hospitals remain desperately short of consumables and essential equipment.

“For more than 3 months there has been no attempt to redress this crisis,” read part of the statement.

ZHDA expressed displeasure over government’s unwillingness to continue with wage-based negotiations while pretending the situation at health institutions had normalised.

The doctors group said the country’s major hospitals were operating way below their capacity as most of their members remained incapacitated.

In his address at the just ended Zanu PF annual national people’s conference, President Emmerson Mnangagwa dismissed claims Zimbabwean doctors were incapacitated saying they were in fact ensconced in government houses and apartments.