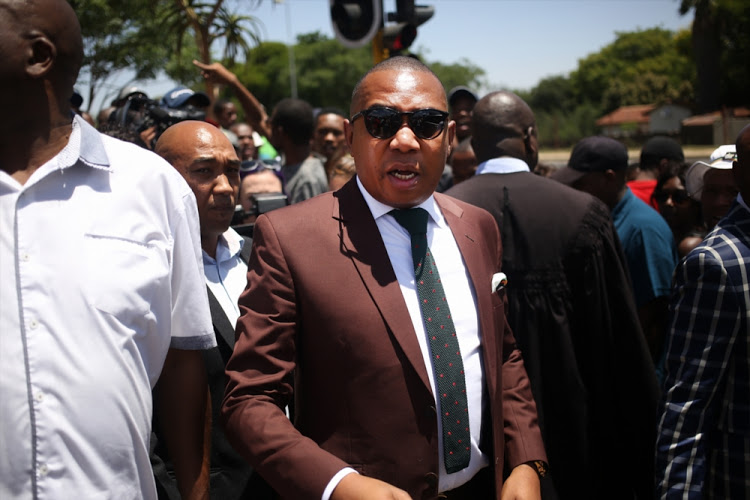 SOUTH Africa: An assault case opened against MP and former deputy minister of higher education Mduduzi Manana has been withdrawn.

Asked if the case against Manana had been withdrawn‚ Peters said: “Yes it has.”

Wiro alleged that Manana had on Sunday morning attempted to push her down the stairs of his Fourways home and had threatened to use his clout to have her deported to Zimbabwe.

She quit the job she had held for just three weeks‚ and laid a complaint with the police.

On Sunday night‚ Manana accompanied by a woman who identified herself as his sister spent over an hour negotiating with Wiro and her son Mpho at the Douglasdale police station‚ where the case had been opened.

Wiro was offered R100‚000 and an alternative job if she agreed to drop the case‚ according to her son.

TimesLIVE was on the scene to interview Wiro about the complaint and was unwittingly witness to the settlement negotiations.

‘We will give her money’

“We are black people. We should not do this to one another. She needs money. You can go to court but that still will not give her money‚” the woman said.

Three people who were with Wiro at the police station – her son‚ a friend and this reporter – were also offered money by the woman.

“We will give her money. We will give all of you here money‚ individually. Please consider our request.

“My brother is a politician and he does not need this. We are black people‚ we can’t be doing this to each other‚” the woman said.

Mpho Wiro told TimesLIVE about the discussions made privately with Manana and the woman: “They are offering us money. They are saying it would hurt his reputation if we go ahead with the case.”

The female friend said: “I am scared they will take the money. He is really trying his best to make sure she cancels the case. He wants her to take the money and not get justice for what she went through.”

When Wiro‚ her son and the friend left the police station on Sunday night‚ they said they were rejecting the offers to withdraw the case.

It is unclear what has since changed. Wiro and her son were not answering their phones on Monday.

Manana did not answer his phone when TimesLIVE attempted to contact him. His lawyer said he did not even know about the matter.

Earlier on Monday‚ police spokesperson Brigadier Mathapelo Peters confirmed a case had been opened but said the suspect would not be brought to court before 48 hours had elapsed.

Last November‚ Manana was sentenced to a R100‚000 fine‚ or 12 months in prison‚ and 500 hours of community service by the Randburg Magistrate’s Court after he admitted to attacking three women at a restaurant in Fourways.

He was also ordered to attend an anger-management programme and pay compensation to each of his victims‚ and declared unfit to possess a firearm.