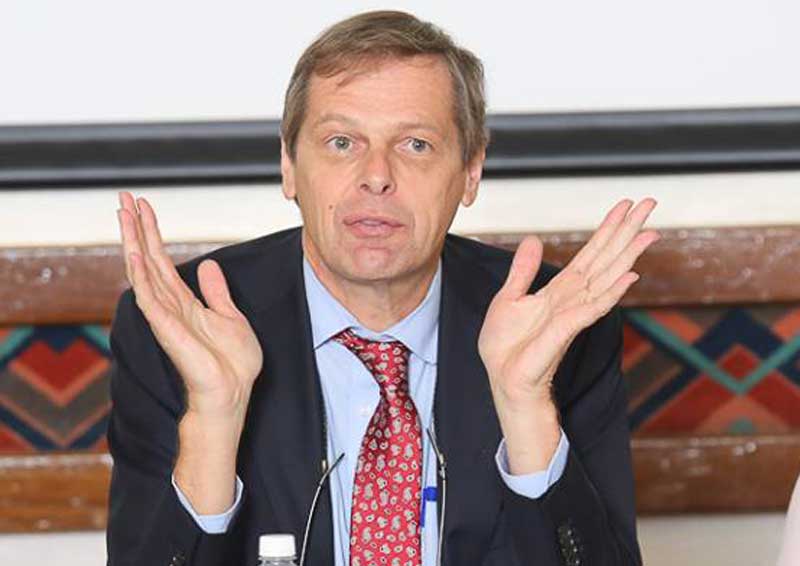 THE European Union and the Government of Zimbabwe, on Monday, signed an agreement for the deployment of observers for elections expected this July with Brussels indicating it would deploy teams countrywide.

In a statement issued Monday, EU delegation public affairs officer Dorothe Grebe said the agreement was part of Brussels’ preparations for the deployment of an election observer mission to Zimbabwe.

“Today’s signature by Minister of Foreign Affairs and International Trade, Sibusiso Busi Moyo and EU Ambassador Philippe van Damme follows the invitation by the Government of Zimbabwe on 2, March 2018 for the EU to deploy an Election Observation Mission for the upcoming harmonised elections,” she said.

The development followed “an Exploratory Mission by the EU in March 2018, which sought to determine the advisability, feasibility and usefulness of sending EU election observers to Zimbabwe”.

This is the first time the EU will be sending an observer mission to Zimbabwe and supporting the country’s democratisation process since 2002.

Grebe said the EU mission would observe the run up to the elections, the Election Day and also monitor electoral complaints that may be lodged after the elections.

“The EU observers will be deployed nationwide,” she explained.

“The long-term presence of the Observation Mission will allow it to make an impartial and comprehensive assessment of the electoral process and environment, as well as of the conduct of the elections themselves.

“In their work, the EU EOM will liaise closely with all key stakeholders, as well as with other international observation missions and domestic observers.”

“It is vitally important that an electoral environment is created conducive to freedom of expression, freedom of the media and freedom of assembly,” he said.