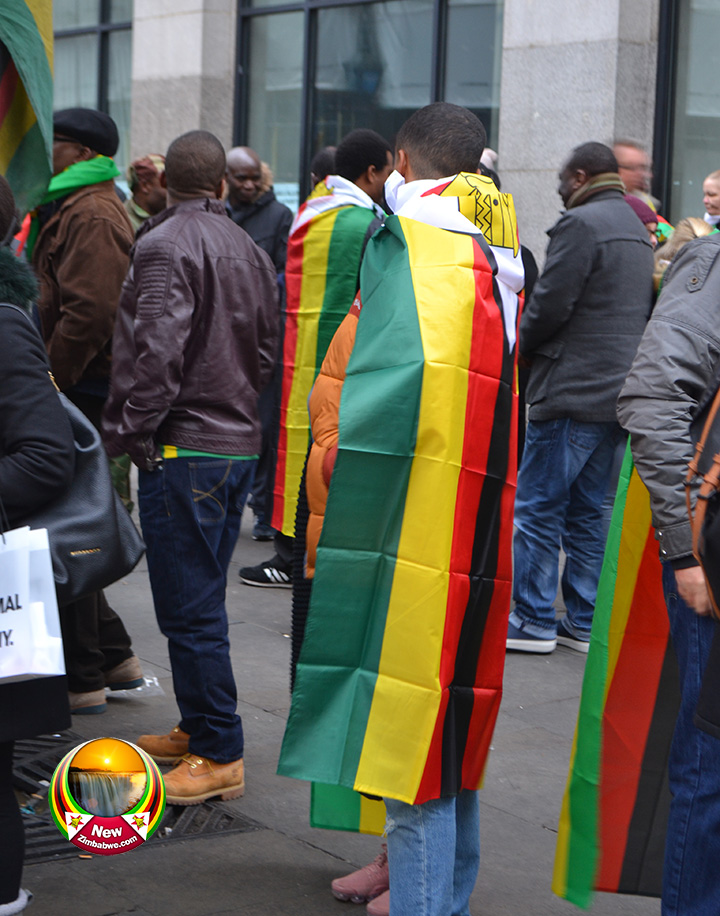 A small group of foreign nationals staged a picket outside Durban’s City Hall on Saturday in protest against the Zimbabwean government’s military crackdown and Internet shutdown.

Civil group African Solidarity Network (Asonet) organised the picket in a show of solidarity with Zimbabweans.

President Emmerson Mnangagwa’s recent announcement of a 200% fuel hike to $3.31 per litre sparked widespread protests – which in some areas of the embattled country resulted in violence, looting and destruction of property.

The government responded by deploying its military and police to contain the situation, and in addition blocked Internet services.

According to reports 12 people have been killed and several hundred injured.

Daniel Dunia, one of the organisers of the picket, told TimesLIVE that the picket was staged to demand that Mnangagwa “and his government stop their attacks on and killing of the Zimbabwean people, simply exercising their right to protest against escalating and political and economic repression”.

“Though Internet services were restored for a day or two this week, the shutdown was again imposed on Friday.

“They must immediately end the shutdown of the Internet, which is a blatant attempt to silence the voices of the Zimbabwean people and to deny them the right to know,” said Dunia.

The group, which included people from the Democratic Republic of Congo, Zimbabwe and Burundi, also called on the SA government to “stand firm” and to place “maximum political pressure” on the Zimbabwean government.

Zimbabwean citizens living in Botswana last Friday demonstrated at the country’s embassy in Gaborone protesting against the Harare government’s decision to increase fuel prices by 150 percent.

They said they are protesting against the 150 percent fuel hike, because it affects their families back in Zimbabwe.

Christopher Muchemwa, said the embassy called the police, adding that “the police realised that they do not have the authority to arrest us.

One of the officials on behalf of the ambassador decided to speak to us after the police failed to arrest us. We came here peacefully; we are not here to damage here.”

The protesters said they were detained at the embassy for some hours without being given water or food. They said they would continue to demonstrate peacefully without provoking anyone.