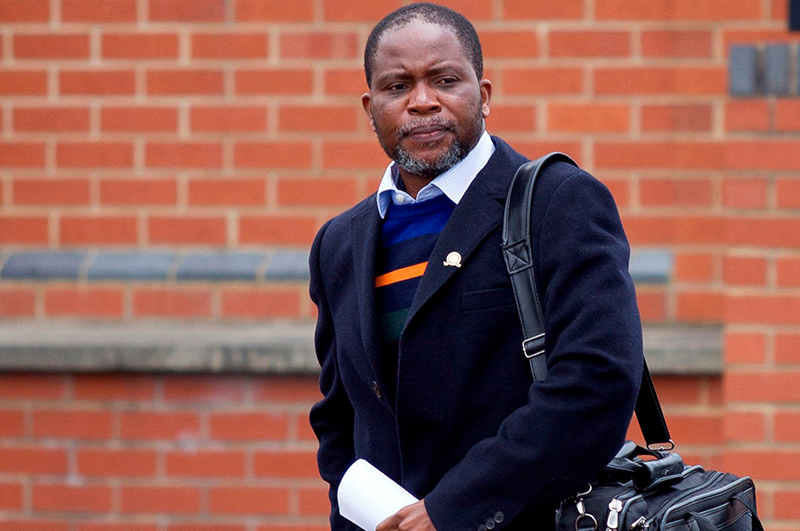 A MEDICAL doctor originally from Zimbabwe has been sanctioned after his fitness to practice was found to have been impaired during a recent hearing by the Medical Practitioners’ Tribunal (MPTS).

A total of 30 allegations were made against Dr Sylvestor Nyatsuro by the General Medical Council (GMC, an online list of doctors registered to practice in the UK) and 26 of these were either admitted by Dr Nyatsuro or found proven by a Medical Practitioners’ Tribunal (MPTS).

Dr Nyatsuro operated the Willows Medical Centre in Carlton, Nottingham before the practice was closed in October 2016 after a healthcare assistant posed as a doctor and carried out internal examinations.

That was also the time the GP made uncomplimentary headlines across UK media after taking over a farm in Zimbabwe with the claimed help of Grace Mugabe, wife the country’s now late long-time ruler Robert Mugabe.

When the local Nottinghamshire Live publication recently visited his home address, neighbours claimed that he fled the country with his family.

One resident, who described them as a “normal family”, added: “I have never had any suspicions. He was at work most of the time, so I was talking to his wife who was some sort of African princess.

“His children were well-behaved, they were just like a normal family. It is shocking really, especially when it involves someone who is on your doorstep.”

The neighbour added: “One day they just left their home without any explanation. They left many things behind, it was weird.

“It is definitely concerning. It is very naughty what he did.”

After returning to Harare, Nyatsuro was later appointed board chairman of the government-run Zimbabwe National Family Planning Council (ZNFPC).

Meanwhile, the tribunal sanctioned his registration for 18 months on his registration. Conditions include telling the GMC relevant information within a certain timeframe, only working in a group practice setting where there- are a minimum of two GP partners or employed GPs (excluding himself), only working as a salaried or locum GP and that he must be supervised in all of his posts by a clinical supervisor plus more.

Nyatsuro’s former Willows Medical Centre has since been replaced by a funeral service. Maureen McAdam, who lives next door, told Nottinghamshire Live that she has never been to Dr Nyatsuro because she did not trust him.

The 72-year-old said the only time she would go there is “when I am dead”. She added: “Which is appropriate because it is a funeral service now, it is not a medical centre anymore.

“I would roll over the fence and that would be it. But I have never stepped into that clinic.

“There were people working there pretending to be doctors. And he got away with it for so long.”

Hamid Mohammed, 75, said he is saddened by the closure of the clinic. He added: “It was a fantastic clinic. I think there was some mismanagement, but I liked the doctor.