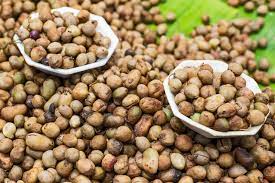 TRADE promotion agency, Zimtrade has urged local farmers to tap into the US$1,7 million Bambara nuts (nyimo/indlubu) export market covering countries like the USA, UK and the Netherlands among others.

“What this figure shows is that countries that are quick to increase exports right now will likely command the largest share when the market grows bigger.

“Although Zimbabwe’s exports of the product are still low, the current market share indicates potential for the country to command a much bigger market,” said Zimtrade.

The agency said the current world market for dried Bambara beans is still small, but with potential for growth.

“From these markets, Zimbabwe already enjoys trading relations with most of them and has even easier access to South Africa, which is the second largest importer of Bambara beans in the world,” the update said.

Europe is believed to offer a relatively stable market for Bambara beans and growers should pay attention to meeting the required standards and volumes considering the rising interest in exotic cuisines by European consumers.

Local farmers intending to export Bambara beans to Europe are encouraged to adhere to the strict rules and obligations on food safety.

“The general food law that regulates food safety in the European Union also applies to dried beans. Exporters must make sure that the beans are traceable and that systems like the HACCP are well in place,” said the trade agency.

For African markets such as South Africa, local exporters can ride on the African Continental Free Trade Area or regional trade agreements such as the Southern Africa Development Committee Trade Protocol to enjoy low tariffs.