ZIMBABWE football agent Kudzanai Shaba (pictured below) has been slapped with a life ban from all football activities by the world football governing body FIFA for his alleged involvement in match fixing activities.

Shaba was alleged to have been part of a cartel that was involved in the much publicised Asiagate match fixing scandal in 2010 as well as the attempt to fix the Warriors’ two 2017 Africa Cup of Nations qualifiers against Swaziland in March, 2016. 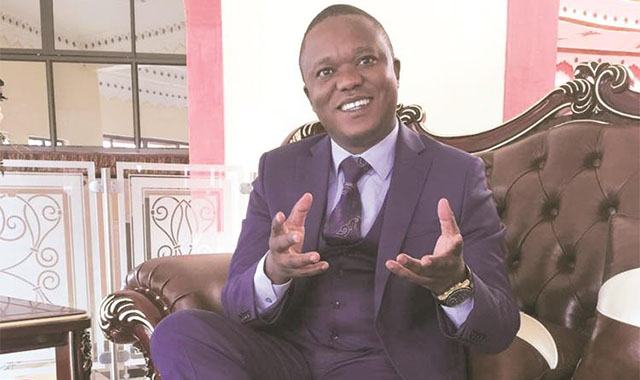 Although he has in the past denied his involvement in the scandals, Shaba was one of the nine individuals banned by FIFA on Wednesday after being found “guilty of having been involved in match manipulation in violation of art. 69 par. 1 of the FIFA Disciplinary Code (Unlawfully influencing match results)”.

“The FIFA Disciplinary Committee has found nine individuals – eight players/former players as well as one players’ agent – guilty of having been involved in match manipulation in violation of art. 69 par. 1 of the FIFA Disciplinary Code (Unlawfully influencing match results),”the world football governing body said in a statement.

FFIA added: “Moreover, the Kenyan player Mr George Owino Audi has been banned from taking part in any kind of football-related activity at both national and international level (administrative, sports or any other) for a period of ten (10) years. In addition, a fine in the amount of CHF 15,000 has been imposed upon him.”

“The formal disciplinary proceedings into the aforementioned individuals stemmed from an extensive investigation into various international matches that Mr Wilson Raj Perumal attempted to manipulate for betting purposes. This large-scale investigation was conducted by FIFA over several years through its Integrity Department and in cooperation with the relevant stakeholders and authorities. The decisions were notified to the individuals concerned today, the date on which the relevant bans come into force,” FIFA said.

Musavengana was handed a life ban in December, 2016 for violating the FIFA’s ethics code in relation to bribery and corruption related to friendly matches played in the build-up to the 2010 South Africa World Cup.

The duo of Shaba and Musavengana, together with former Zifa chief executive officer Henrietta Rushwaya, were named as the main actors in the Asiagate match-fixing scandal, where Warriors players were allegedly paid money to throw matches in Asia.

Musavengana and Rushwaya were both banned for life for their alleged roles in the scandal, but the sanctions were never ratified by Fifa.

They were also named as part of a syndicate that is reported to have targeted Warriors’ Africa Cup of Nations qualifiers against Swaziland in March 2016.