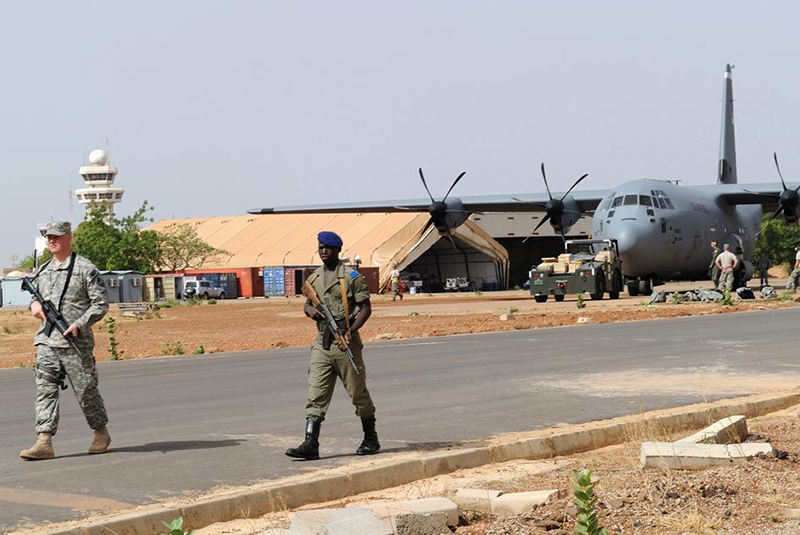 A TOP Zimbabwean military officer has warned of foreign interference in the east African region which has put the country’s exports to Europe under threat.

Major General Trust Magoba said trouble was brewing on the Horn of Africa due to political interference from world powers, America, France and China.

Major Gen. Magoba now serves as a special advisor to the African Union office for Peace and Security.

“The establishment of foreign bases and the involvement of external forces in the conflicts on the Horn of Africa is a worrisome development,” he said, calling on the concerned countries to focus on “peace, security and stability within the region”.

Djibouti has become the battle ground as the world powers exert their presence on the content.

China, France and the US countries have established military presence on the route between the Indian Ocean and the Suez.

Djibouti is host to the only permanent US military base in Africa and the largest post of the French Foreign Legion along with small units from Russia, Japan and Italy.

However, China has built its own barracks to house more troops than the joint strength of all other players.

The route is critical to trade, with exports from Australia, India, Zimbabwe, passing through there on their way to Europe.

The tension has been further escalated by Djibouti`s ouster of a Dubai firm, DP World, which was managing a state-of-the-art container dock in the country.

This has triggered panic in the US Congress, with Senators warning President Donald Trump of “Washington’s vulnerability if China were to gain any part of the DP World contract to run the port”.

Alabama congressman Mo Brooks – who sits on both the Armed Forces and Foreign Affairs committees – and has written to the outgoing US ambassador at the United Nations, Nikki Hayley, expressing his concern on the development.

“Mr (Ismaïl Omar) Guelleh (Djibouti president) has never been one to respect the rule of law,” he wrote.

Guelleh’s “dictatorial reign,” had been “fuelled by a steady flow of Chinese cash, palaces and gifts.”

He called on Ambassador Haley to use her influence to curb Mr Guelleh’s “reckless and unscrupulous behaviour”, and ensure his respect for “international norms, judicial bodies and the rule of law”.