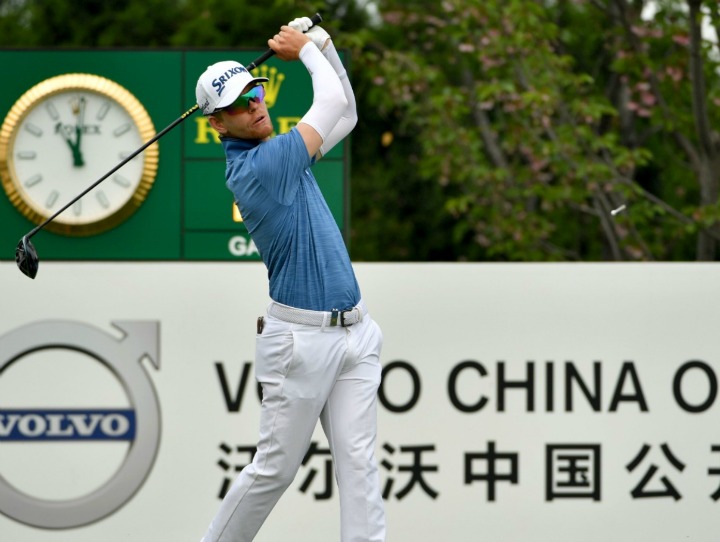 ZIMBABWE’s highest ranked professional golfer Scott Vincent believes he is closer to clinching his maiden Asian Tour after yet another solid outing at the US$3,178,000 Volvo China Open in Beijing China, on Sunday.

The 25 year-old constantly improving Vincent, with his wife Kelsey on the bag, made an incredible charge up the leaderboard in the fourth round with five consecutive birdies from holes five to nine at the Topwin Golf and Country Club, in Beijing.

He was in serious contention to win China’s National Open, but eventually had to settle for a tied-11th finish as he continues his search on one of the major tours in professional golf.

“It has been a great week. It is my first time in China and I got to see the Great Wall as well as come out here to play some good golf. I can’t complain at all. I had a chance I thought. I just need to get better on the finishing holes on the back nine,” said Vincent.

“I made a lot of good putts, especially on that five-birdie stretch. I hit a lot of good shots onto the greens too. Everything was solid all week. I am happy to have put myself in that position to contend for the title,” he added.

Even more significantly, the result moved Vincent into the top 200 on the Official World Golf Rankings for the first time in his young career.

Vincent, who has recently managed top five finishes at the Indonesian Masters, the BMW SA Open and Panasonic Open Championship is now ranked 199th in the world and the 14th best player in Africa.

It has been a remarkable journey so far for Vincent on the professional circuit since earning his Asian Tour card in 2016 via the Asian Tour Qualifying School.

He went on to finish in 28th position on the Asian Tour Order of Merit list that year and for his efforts, won the Rookie of the Year award. In 2017, he retained his Tour card by finishing 17th on the money list.

The former St John’s College student, whose young brother Kieran is currently on a golf scholarship at Liberty University in the US is thrilled with his current form and he feels that his first Asian Tour victory is just around the corner.

“I am playing in Korea next week. With the way I am playing, I think there’s always a chance to win it.”

Vincent will be hoping to continue his good form when the Asian Tour heads to Korea this week for the US$925,000 37th GS Caltex Maekyung Open Golf Championship which begins on Thursday.

The event, played at the Namseoul Country Club, is the first event to be sanctioned by the Asian Tour and the Korea Golf Association (KGA) since 2009.

The tournament will also be the first of three Asian Tour events to be played in Korea this year.