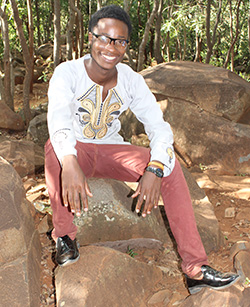 ZIMBABWEAN gospel outfit, Dream Makers, is set to launch a 13-track album titled My Life in Christ.
Leader of the eight-member group from Mufakose in Harare, Leon Jalasi, said the album – their second since formation of the band two years ago – will be launched in Malawi next month.
Jalasi said he had, at one time lived in Malawi, and would not have a problem selling his music to the Southern African country, adding he had considered the costs in that country to be much more reasonable than in Zimbabwe.
“We found it to be a lot cheaper to launch the album in Malawi although it was produced here in Zimbabwe at M Square Records and Roadblock Productions in Mufakose,” he said.
The 25-year-old singer and song-writer said the album was mainly about thanking the Lord for the journey the group has travelled so far in the challenging music industry.
“It is all about God’s love and our life experience in the musical journey, hoe He helped us deal with the obstacles we faced as we tried to make a breakthrough in the music industry,” he said.
Some of the songs on the new album include ‘You taught me’, ‘Rudo Rwangu’, ‘Kutenda Muna Mwari’, ‘Talk About Love’ and ‘Ndingaita Sei’.
Jalasi said their first album, released in 2015 and titled Loving Without Fear, failed to do well as it did not receive enough airplay from the local radio stations, adding the band did not have enough resources to market it.
He, however, expressed confidence the latest offering would rise to the occasion and propel the group to greater heights.

Other members of the group which is made up of youths from different churches in the sprawling suburb of Mufakose include Darlington Zuze, Shington Ndlovu, Tawananyasha Mutsvuguma, Hamish Stambule, Blessing Samushonga, Theresa Magono, Charmaine Chimbuya and Shelton Kapanga.
Jalasi said the youthful band was pulling through despite the challenges, adding they also engaged in some money spinning projects to raise money for the production and launch of their album and were also getting a lot of support from their parents.
The group has held a few shows at private functions and has rubbed shoulders with renowned artists such as Leonard Mapfumo, Amara Brown and Cynthia Mare among others.Advertisement

“We shared the stage with all these artists at Mudziyashe and we put up a good performance which left the audience asking for more. We were never intimidated,” he said.