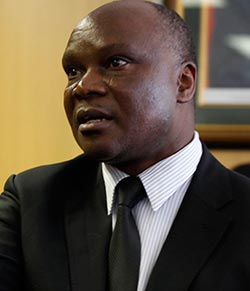 ZIMBABWE has suspended a 15 percent tax on raw platinum exports after mining companies asked the government to give them two years to set up smelters and refineries, the Minister of Mines told the state media Monday.
President Robert Mugabe’s government introduced the levy on unrefined platinum in January to encourage local processing of the metal. Miners, however, said this would slash their margins at a time global prices were falling.
Anglo American Platinum (Amplats), Impala Platinum (Other OTC: IMPUF – news) Holdings and Aquarius Holdings own mines in Zimbabwe, which holds the second-largest reserves of the metal.
Mines Minister Walter Chidhakwa told a national daily, which reflects government thinking, that he had presented the mining companies’ request to defer the tax in a report to Mugabe’s cabinet and the cabinet had accepted it.
“On the strength of that, Cabinet allowed that they (companies) be given two years to implement their plans. We are confident that we will ensure that they do so not only in two years, but even within a shorter period,” Chidhakwa said.
Chidhakwa could not be reached for comment on Monday.
Amplats unit Unki Mines said in March it would take two years to build a new smelter to comply with the government’s demands for firms to process platinum locally.
Implats, which owns the largest platinum miner in Zimbabwe, Zimplats, is refurbishing a base metals refinery, which is expected to be completed in the middle of next year.
Zimbabwe’s finance minister said last month that platinum production fell 6.4 percent to 5.9 tonnes during the first half of this year, hit by low prices of the metal. Advertisement