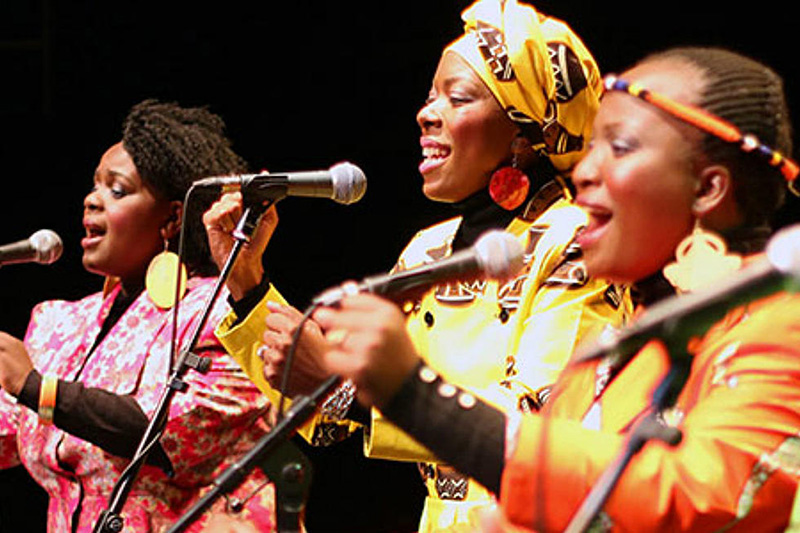 ZIMBABWE’S all-female female a cappella quintet continues its two months tour of the United States with a show Friday  at the Saratoga Performing Arts Center in New York.

Nobuntu’s show is the first of year-round concerts scheduled at the at newly renovated Spa Little Theatre which had not held shows since the onset of the Covid-19 pandemic.

Officials said after consulting their lists of possible performers they zeroed in on Nobuntu, a group whose a cappella style is reminiscent of Ladysmith Black Mambazo.

The group formed in 2011 and in 2013 released its first recording “Thina” (10th District Music). Two more discs followed along with frequent U.S. tours and international acclaim.

“All the women are from different areas of Zimbabwe and sing traditional Zimbabwean to Afro-jazz to gospel,” said Shane Cadman, booking rep for Alliance Artist Management.

Their distinctive style of South African singing involves rhythmic unity and complex harmonies accompanied by some percussion such as the mbira and dance movements. A quick look on their numerous.

“The group is very popular,” Cadman said, who was already working on Nobuntu’s 2023 tour schedule. “They work with local choirs and workshops. They’re amazing women.”

Meanwhile, Nobuntu, last week performed at the Rialto Centre for the Arts in Atlanta. 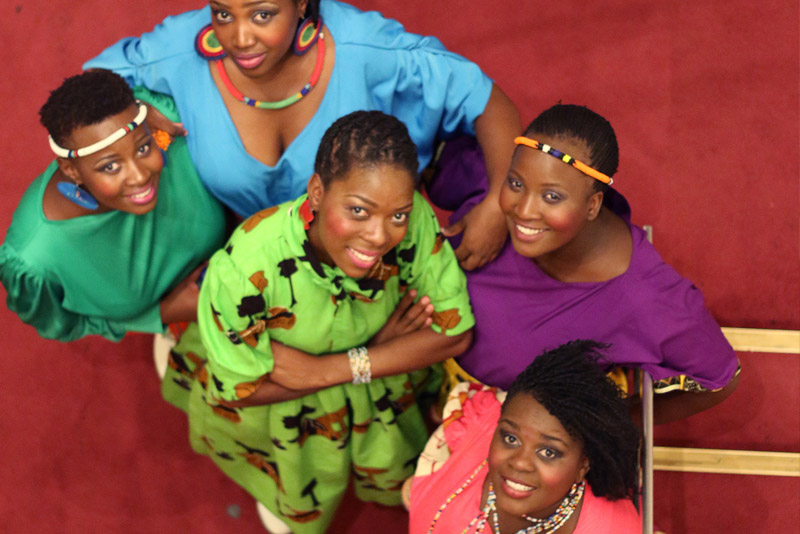 Below are excepts of an interview the group gave after the show;

On the meaning of “Nobuntu” and their philosophy of music:

“Nobunto means ‘mother of humanity,’” said Joyline. “We come from Bulawayo, the second largest city in Zimbabwe, and the language that’s mostly spoken that dominates is Ndebele. So, in Ndebele, ‘no’ stands for ‘mother,’ and ‘ubuntu’ is an umbrella term for everything that’s good. Love, peace, forgiveness and everything that a woman or a mother embraces. So we decided to call ourselves ‘the mothers of ubuntu.’”

“My role in the group, I’m a vocalist, I’m a songwriter. I do finance sometimes, like, we rotate the duties each and every year. Everybody has their own duty — you know, production, traveling and stuff. All those things that we have to do. So we give each other duties and we rotate duties,” explained Joyline.

Duduzile added, “When we started, we had no clue howsoever how to handle ourselves as Nobuntu. We were touring all over the world and doing everything. In order to learn how to manage ourselves, we decided to give each other roles in the group as per our strength. So as Joyline highlighted, she mostly does finance. That’s where her strength is. She knows how to handle finance, and I do most of the talking with journalists. I’m also a vocalist, which is my main job at Nobuntu, but I also do publicity … In a nutshell, we mostly manage ourselves and we do the work as well.”

Inspired by a love for traditional Zimbabwean song and culture:

“Our sound is rooted mostly on our tradition, our traditional music, of which most of it is still undiscovered. But we know that it’s been passed to us from generation to generation,” said Duduzile. We have Shona origins, Heather [Dube] and Zanele [Manhenga] from the Shona tribe, and the rest of us are from the Ndebele tribe. So we have a fusion of both those traditions alongside with other tribes that come from the Matebeleland region where we come from in Zimbabwe. So our sound is mostly traditional music … and new compositions that we’ve composed over the years. But we are inspired more by our traditional music.”

“Something that I always say to people and preach about where we come from, is that we know ourselves. Identity is very, very important where we come from,” Duduzile said. “You have to know who your forefathers are, what your lineage is, and your ancestors and how you came about so that you can be able to put yourself out there in the world like we are doing … It’s something that comes easily to us, because it’s been passed down to us orally from generation to generation. So what we are simply doing is taking it out of Zimbabwe, Africa, to the world.”