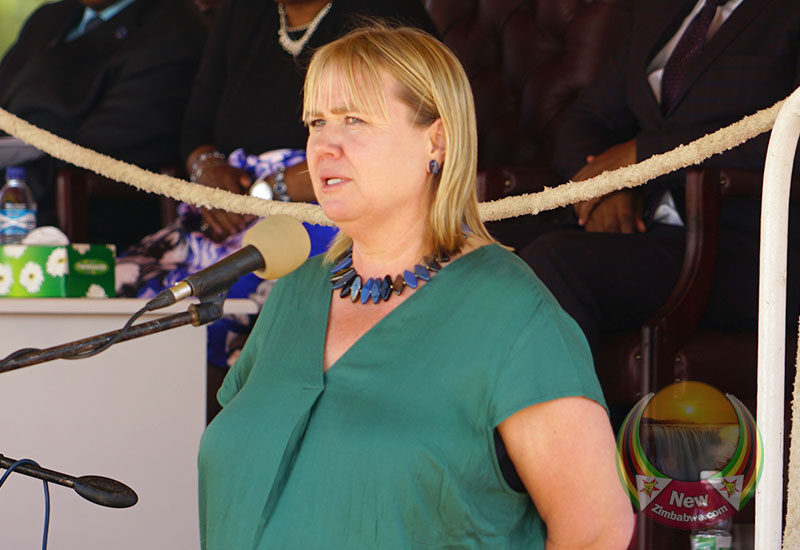 THE humanitarian crisis in Zimbabwe has worsened and the UN is working with President Emmerson Mnangagwa’s government to ease the situation, new Resident Coordinator Maria Ribeiro said Wednesday.

Addressing journalists after presenting her credentials to the President in Harare, Ribeiro said the country was facing too many challenges due to economic shocks and climate change that has resulted in a crippling drought

“Having just arrived, it is immediately clear to me that there is a need to help change the narrative of Zimbabwe, recognising the need for reforms but also the progress made that we can continue to build upon.

“As a result of unprecedented climate and economic shocks, the humanitarian needs have unfortunately increased in Zimbabwe,” said Ribeiro.

“The UN is working closely with the government and the humanitarian partners to meet the priority life-saving multi-sectoral needs of the most vulnerable people affected by the humanitarian situation.”

President Mnangagwa has been criticised by political opponents and US government for failing to respect human rights and the rule of law.

Last week, Security Minister Owen Ncube was added on the US sanctions list for violating human rights, hours after Mnangagwa presided over an anti-sanctions march largely ignored by ordinary Zimbabweans.

Said Ribeiro: “I look forward to supporting the government and the people of the Republic of Zimbabwe to build a peaceful and inclusive society for sustainable development and inclusive economic growth.

“I recognise the ambitious and difficult economic reform measures undertaken by the Government under the Transitional Stabilisation Programme (TSP) and the IMF Staff-Monitored Programme.”

“I look forward to supporting the government to take forward the recommendations resulting from these Special Rapporteurs’ visits, as well as continued support to the implementation of the Universal Periodic Review recommendations.

“Together with partners, the UN stands ready to support the preparation of the next five-year National Development Plan (2021-2025) that is also fully aligned with the Sustainable Development Goals.”

Ribeiro brings to the position over 30 years of humanitarian and development leadership experience in Africa, Asia and the Caribbean with the United Nations and International NGOs and served as UN Deputy Special Representative UNSMIL from January 2017 until September 2019.