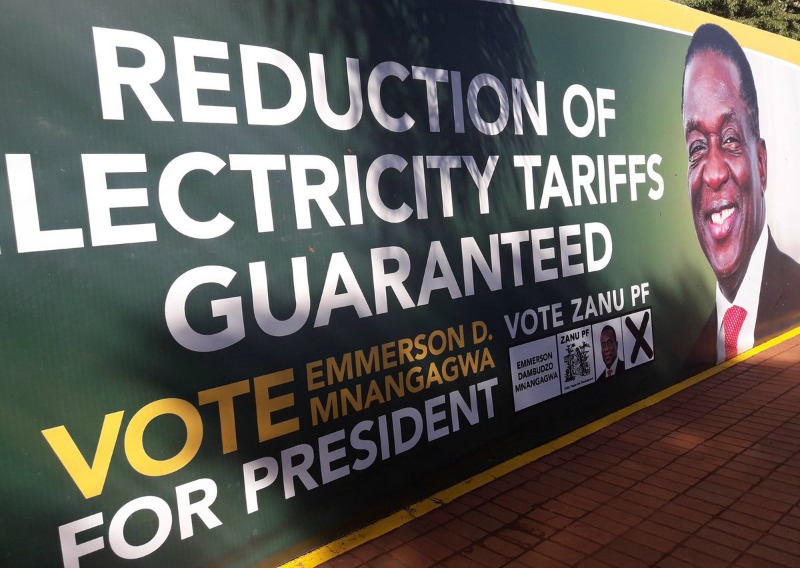 Already under the whip from a perfect storm of rampant inflation, cash and fuel shortages, higher taxes, collapsing domestic demand, lower global commodity prices, and severe drought, business in Zimbabwe is now being forced to grapple with a new crisis — load-shedding.

In part, this is drought-induced with generation from Kariba Dam, which serves both Zimbabwe and Zambia, slashed by a third to 358MW. This has resulted in supplies to homes and businesses being cut off for up to 10 hours a day.

Peak power consumption is estimated at 2,100MW but Zimbabwe is producing only 970MW and is heavily reliant on imports from Mozambique and SA. Dam levels at Kariba have fallen to 33%, down from 71% a year ago.

The state-owned Zimbabwe Electricity Supply Authority warns this is only stage 1 of the process and that if the situation deteriorates further, stage 2 — load-shedding of 12-15 hours daily — will be necessary.

All sectors of the economy will be hit hard by the cuts. Mining firms, already importing their own fuel requirements, are trying to arrange direct electricity imports from Mozambique. Government’s grandiose plans for winter wheat and maize production under irrigation will fall flat, while the already-increasing operating costs of businesses forced to rely on diesel generators will escalate even further.

There is more to the power supply crisis than drought. Zimbabwe’s coal-driven power stations, operated with obsolete and poorly maintained equipment, cannot help to fill the gap. Coal supplies fall well short of what is needed, partly due to inadequate investment and ageing plant and machinery.

As in SA, the entire power generation sector has been plagued with corruption, political interference and managerial incompetence.

The forex crisis — illustrated by the lengthy queues of vehicles at filling stations, forcing motorist and businesses to buy fuel in US dollars for 40% above the local currency price — means there is little scope for Zimbabwe to step up power imports from its neighbours.

Try though it may to blame “illegal” economic sanctions, business sabotage, drought and even the political opposition for the crisis, the Mnangagwa government cannot disguise the reality that its much-vaunted “New Dispensation” is headed for the rocks.

In the weeks and months ahead, as the situation deteriorates further, Zimbabwe, already saddled with a debt-to-GDP ratio of more than 130%, will seek to borrow still more from abroad, especially its lender of last resort — the Cairo-based Afreximbank.

The IMF, with which it is in talks for a Staff Monitored Programme, is unlikely to come to the country’s aid before 2020 and then only if the US government relaxes its hard-line anti-Zimbabwe stance. There is scant evidence of this at present.

Despite all this, the authorities, and especially the country’s voluble finance minister, Mthuli Ncube, remain resolutely optimistic. Inflation will fall and the economy will improve by midyear; the austerity programme of a $3.5bn increase in taxes (10% of GDP) will last for only a year; large-scale foreign investment especially in mining will turn the economy around. But such upbeat forecasts have little traction in a country where real wages are at a 5-year low, emigration of skills is on the upswing and unemployment and poverty are at record levels.