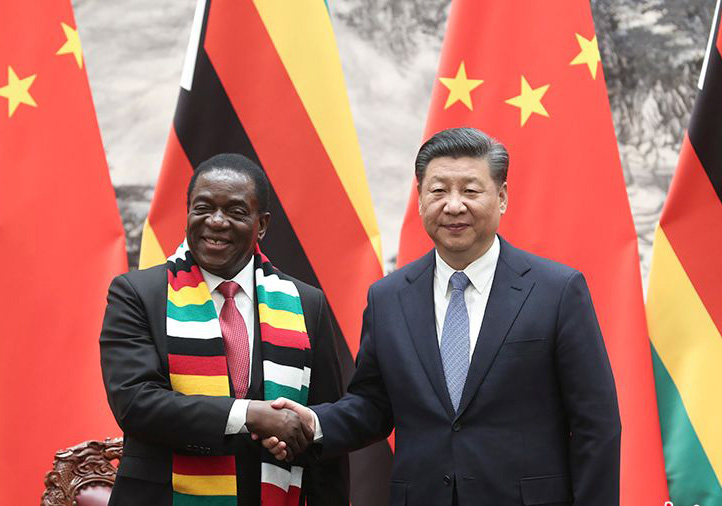 Zimbabwe on Friday thanked China for extending training opportunities to its government officials, saying such assistance in human capital development will help the country in its quest to become a middle income economy by 2030.

Head of human capital and development in the Public Service Commission (PSC) Moses Mhike made the remarks at a send-off ceremony for 25 senior Zimbabwe government officials who will undergo a bilateral seminar on macroeconomic development and planning in Beijing from Aug. 12-31.

The 25-member group is part of several other groups, totaling 255 participants, which are earmarked to attend such seminars in China this year. The bilateral seminars follow the signing of a Memorandum of Understanding (MoU) on human resources development cooperation between Zimbabwe and China last year.

“The Commission appreciates this positive development which is in sync with a call by the Head of State and Government,” Mhike said.

“The MoU has thus provided unprecedented educational and empowerment opportunities for our members who play a pivotal role in policy implementation for the attainment of the national vision of becoming a middle income economy by 2030.”

He urged the participants to fully utilize the training opportunity. “As you go out there, I expect you to come back reinvigorated and energized from the Chinese experiences, and be able to come up with sound policy advise as well as produce bankable proposals that can see our country gaining some economic salvation under the Forum on China Africa Cooperation (FOCAC),” he said.

He said the important of FOCAC to Zimbabwe cannot be overemphasized, adding the real challenge was for the southern African country to quickly find ways of harnessing opportunities under FOCAC to address macroeconomic challenges bedeviling the country.

Chen Ning, the economic and commercial counsellor at the Chinese Embassy, said China will continue to offer training opportunities to Zimbabwe government officials to help the country in its development efforts.

Zimbabwe, he said, could do well by concentrating on developing its agriculture, as apart from providing food, the sector is also the major supplier of raw materials for industry.

He said a vibrant agriculture system, coupled with high technology, should help the country to eventually set up industrial parks around major cities and towns for industrial development.

He said the country should also concentrate on developing its tourism sector, as the country is endowed with a wide array of world-class tourist attractions and wildlife, including the Big Five.

By fully harnessing the potential in agriculture and tourism, Zimbabwe could quickly develop its economy, Chen said.