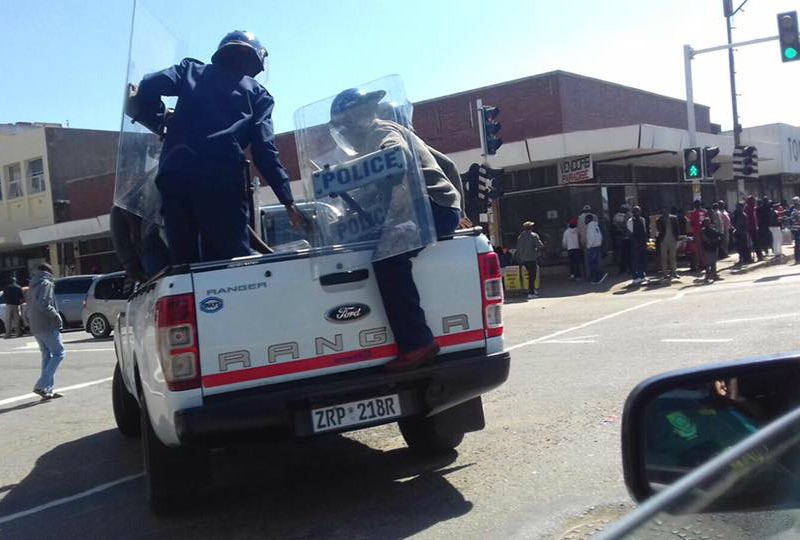 A GROUP of Zimbabwean lawyers has come out in full condemnation of national police for their brutal clampdown on MDC supporters who had gathered at the main opposition’s Harare headquarters for an address by party leader Nelson Chamisa.

In a statement Wednesday, the Young Lawyers Association of Zimbabwe (YLAZ) said the high-handed police reaction was deplorable.

Anti-riot police forcibly dispersed supporters of the main opposition who had gathered in front of Morgan Tsvangirai House to listen to Chamisa’s “Hope of The Nation Address”.

Said the lawyers’ group, “We deplore the excessive use of force and indiscriminate violence by police against their own countrymen and again call upon the State to hold those responsible to account.

“There is no legal or moral basis for the police brutality witnessed this Wednesday morning.

“Regardless of whether people were legally gathered or not, the conduct of the police violate the citizen’s constitutional right to freedom from violence in terms of Section 52 of the Constitution of Zimbabwe.

“The conduct of the police was in breach of the police’s powers and duties in terms of section 13 of the Maintenance of Peace and Order Act.”

The lawyers’ group said police demonstrated failure “to adhere to the constitutional requirements to act as a professional and non-partisan police service”.

“We urge the State to urgently establish an independent complaints mechanisms to investigate and address such abuses by members of the security services as required by Section 210 of the Constitution.

“As young lawyers in Zimbabwe, we are looking at substantive ways in which we can assist the victims of the violence by the police and undertake to do what we to uphold and promote the rule of law in Zimbabwe,” said the group.