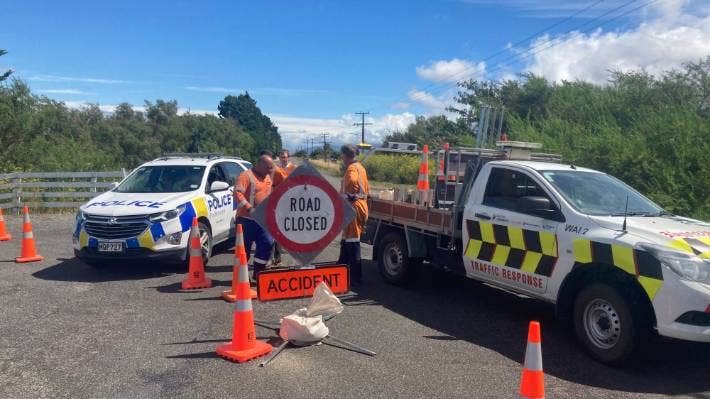 THE man who died in a crash between a car and a train in South Wairarapa on Thursday was driving for work when the collision happened.

Godwell Mahowa, from Lower Hutt was killed when his car was struck by a commuter train at Speedy’s Crossing near Featherston about 2 pm on Thursday, police confirmed on Friday afternoon.

The 58-year-old worked as a planning manager at the South Wairarapa District Council and the small, close-knit team of staff, had been left reeling, council chief executive Harry Wilson said in a statement.

Wilson described Mahowa as a loving husband, father and friend, who was taken “suddenly and far too soon”.

“Tragically, his car collided with a train outside Featherston while on his way to a site visit,” Wilson said.

“First and foremost, our thoughts are with Godwell’s wife, children, close family and friends at this very sad time. Our thoughts are also with the train driver, rail team and first responders who will also be affected by this tragedy.”

Wilson said Mahowa was a much-loved and respected member of the council “whānau”, who had quickly fitted in with the organisation after he started working there in September 2019.

He was an inspiration to the planning team who he regularly referred to as “part of my family”.

Police at a cordon near Featherston after a car and train collided on Thursday.

“Godwell’s dedication to his role and passion for what he did was clear to all who worked with him, and he will be sorely missed,” Wilson said.

He thanked everyone who had sent thoughts and prayers to Mahowa’s loved ones.

In the wake of Mahowa’s death, the council’s Martinborough offices and three libraries were closed on Friday for all but urgent matters. Featherston Library would stay closed on Saturday.

Police are continuing to investigate the circumstances of the crash. Police extended their sympathies to Mahowa’s family and friends in a statement.

The collision caused delays to Wairarapa train line services. On Friday, some morning commuters had to take replacement bus services.