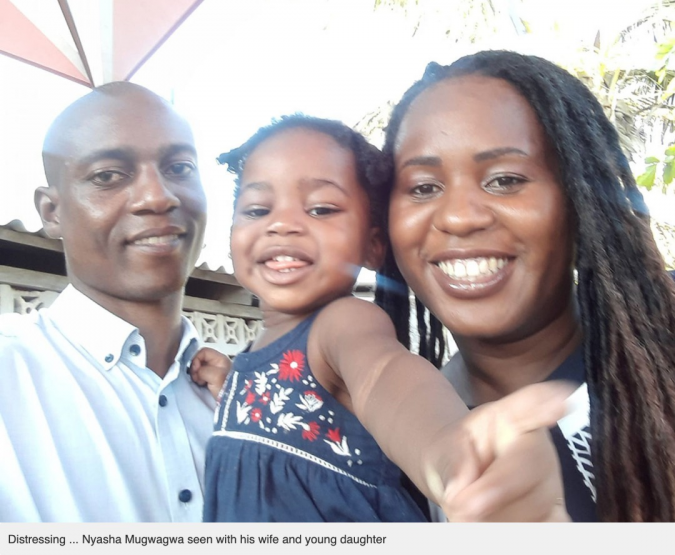 THE government has confirmed the death of Nyasha Mugwagwa (38) in a recent terrorist attack in Mozambique.

He was among the 12 people, mostly foreigners, who were killed in Palma, Mozambique, when armed terrorists with allegiance to a ISIS attacked the town.

The 12 have since been buried by Mozambican authorities.

Palma is in Cabo Delgado province and is rich in oil and gas.

In a statement Monday, Foreign secretary James Manzou confirmed the death of Mugwagwa who was employed as a chef by the Remote Site Solutions (RSS).

“The Ministry of Foreign Affairs in the last statement of 8 April, 2021 confirmed that one Zimbabwean was yet to be accounted for,” Manzou said.

“Emerging eyewitness accounts are confirming that Mr Nyasha Mugwagwa, a Zimbabwean that worked for the Remote Site Solution (RSS) company in Palma was among the 12 that were killed by the insurgents. The 12 have since been buried by the local authorities since their bodies were in a state of advanced decomposition.

“Under such conditions, pathological expertise is required to identify the bodies. The government of Zimbabwe is working with that of Mozambique in a view to identifying the bodies. Once that body has been identified to be that of Mr Mugwagwa, the government would facilitate the repatriation process.”

Manzou also appealed to families with relatives who still missing to contact the ministry.

In a separate statement, the Mugwagwa family also confirmed his death.

“It is with deep sorrow that we announce the passing on of Nyasha Mugwagwa. This occurred on the 28th of March 2021 in Palma, Mozambique during an attack by insurgents. Nyasha is survived by his wife and a one-year-old daughter,” the family said.

“We are currently working on recovering Nyasha’s body and unfortunately this might be a lengthy process. Funeral arrangements will be announced in due course,” reads part of the family statement.