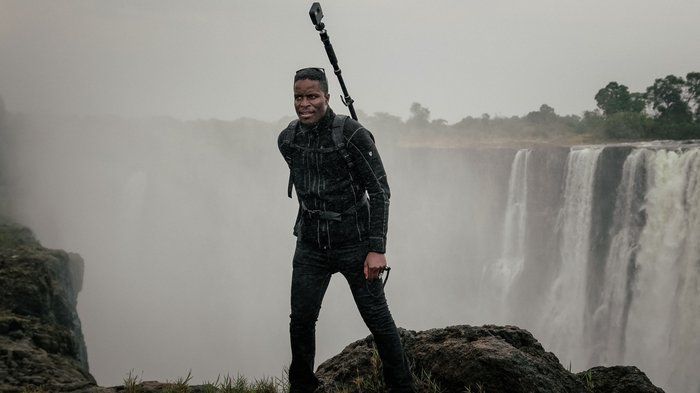 ONE man could not find his hometown on Google Maps, so he took it upon himself to get Zimbabwe on Google Street view.

All that Tawanda Kanhema wanted was to show the house he grew up in.

If you live in the US, Europe, or near most large cities in the world, there is a good chance that Google has mapped out your area and that you can virtually visit it via Google Street View.

It took Google years and years, and the help of thousands of contributors, to put this huge undertaking together. But for Zimbabwe, we owe it all to one man: Tawanda Kanhema.

Of course, to do so he needed equipment, which can be costly. Thankfully, Kanhema found out about Google’s own camera loan program, which allows users to take advantage of Google’s 360-degree cameras to contribute to Street View. However, Kanhema had to personally fund his trip — totaling around $5,000 in order to bring all of us the best views of areas like Victoria Falls, the main business districts in Harare, the Great Zimbabwe National Monument, and other tourist attractions and centers.

For his trip around Zimbabwe, Kanhema had to travel by car, ATV, speedboat, bicycle, and helicopter. He covered thousands of miles and most of his journey was undertaken by himself. Until Google took notice and sent a video crew to document his journey.

“Mapping the Zambezi river was probably my favorite part of this project,” said Kanhema in an interview with CNET. “It’s a very unique way of experiencing the Zambezi Valley’s rich biodiversity. We arrived in Victoria Falls late afternoon, just in time to catch the sunset on the Zambezi river.”

In 2019, Google said that it had “largely mapped” 87 countries — out of almost 200 in the world. As an avid virtual tourist, I am very thankful for what Tawanda Kanhema did. The Victoria Falls never looked so good.