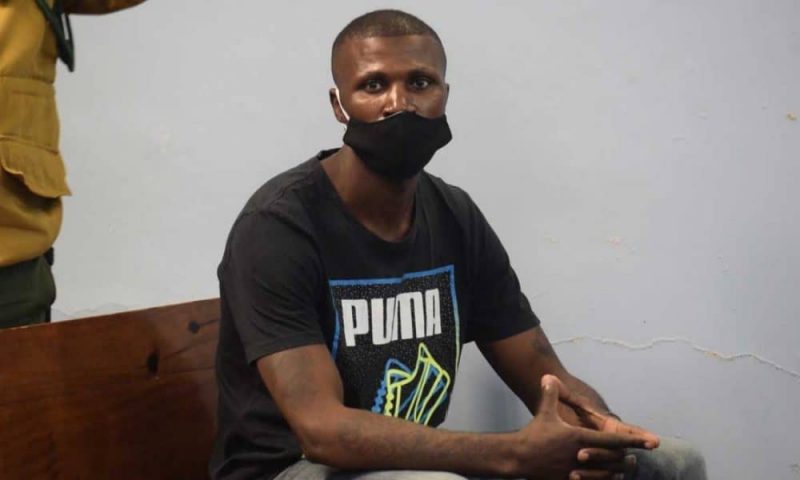 PROSECUTORS in Botswana were left stunned recently when a young woman who was raped by a Zimbabwean man in that country refused to testify against him, but instead asked the police to supply her with the rapist’s cell phone number claiming he sexually satisfied her.

Oscar Chabaya (34), from Zimbabwe, this week appeared for his ruling before an Extension II Magistrate, Lentlhabetse Willie in Tlokweng facing three counts of rape, one attempted rape, two robberies and one common theft during a month-long reign of terror in Tlokweng three years ago.

However, one of the victims refused to appear in court and testify against Chabaya, instead telling the police to find his cell number as he had satisfied her when he raped her in 2017.

According to the state, Chabaya better known as Devil Triple Six, also did not wear a condom when he raped the women as his manhood was too big for the latex to fit.

Chabaya targeted tertiary students under the age of 24 before breaking into their homes at night to rape them. He would tell his victims he was good in bed and they would call him begging for more.

Before raping his victims, Chabaya who was always armed with a knife, is said to have toyed with the women.

The court heard how, two days before the serial rapist’s arrest, on 24 April 2017 a young woman awoke in the middle of the night to find Chabaya standing in her bedroom.

He warned her not to scream and demanded the password to her cell phone.

“He put a memory card in my phone, went to the gallery and forced me to play a pornography video of six men having sex with one lady. I refused and he threatened to stab me with a knife.

“He ordered I do exactly what the lady in the video was doing, putting his penis in my mouth for sexual gratification. I was with my roommate and he ordered that she joins in and we suck his penis. He told me he is good in sex and that if we allow him to have sex with us, we will call him for more,” reads the victim’s detailed statement.

The victim went on to say Chabaya had not wanted to use protection but she convinced him to use a condom.

However, she attempted to put the condom on Chabaya three times ‘but it would not fit his erect penis’. In her statement, the young lady said Chabaya suggested it would be nice if ‘she was on top’.

“He laid on his back and I went on top. That gave my roommate a chance to unlock the door and she ran out and screamed for help.”

Chabaya then followed suit, fleeing into the night with the ladies’ cell phones.

He was arrested two days later – 26 April 2017 – after police matched his DNA to an earlier robbery case in which he cut his hand on a gate when making his escape.

Chabaya’s rape spree started on 24 March 2017, gaining entry into his victims’ houses through windows left open. Once inside, he found five women sleeping. He searched the house for cell phones before raping two of the ladies without protection.

Some 10 days later, on 3 April, he again broke into a residence in Tlokweng and raped one of the occupants.

Court heard that Chabaya had intended on raping her roommate but decided not to as she was on her monthly period. He is said to have forced her to remove her underwear to prove that she was indeed menstruating.

After the rape, he again fled into the night with the ladies’ cell phones.

In convicting Chabaya, Magistrate Willie ruled the state had proved beyond reasonable doubt that the sexual intercourse occurred without the victims’ consent.

Passing sentence, the magistrate said rape cases were on the increase in Botswana and perpetrators like Chabaya deserved stiffer sentences. The magistrate advised him of his right to appeal at the High Court with 14 days if he was unhappy with the sentence.