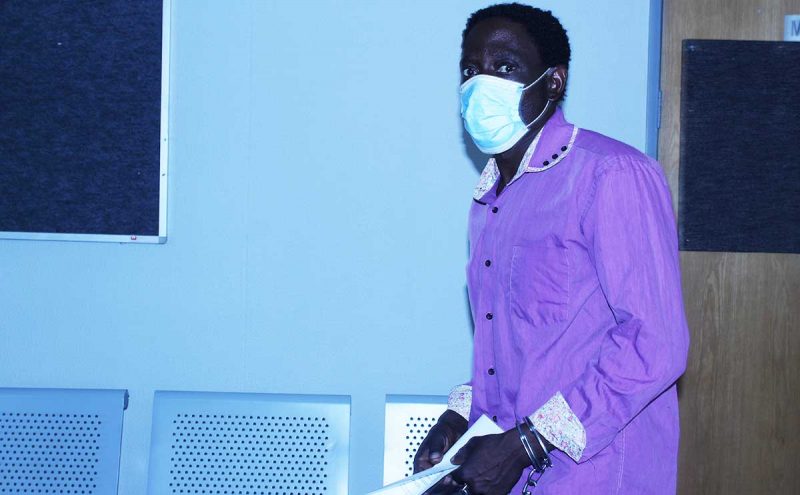 A ZIMBABWEAN man based in Botswana was last week arrested and remanded in custody after his son (14) accidentally shot and killed his sister (6).

The father, Sibangalizwe Ncube (41) from Zimbabwe, allegedly borrowed the firearm from one of the farmers in the area to scare away predators.

While Ncube was away, the siblings are alleged to have taken the gun to play with leading to the tragic death of his daughter, Caroline Benkele.

The matter was reported to the police who took the child to the clinic where she was pronounced dead while Ncube was arrested.

He was arraigned before Francistown Magistrates’ Court last Friday charged with negligence which led to the death of the child.

The court papers say on 15 September in Tonota, Ncube “without any lawful excuse recklessly and negligently left a loaded firearm unsecured resulting in the death of Caroline Benkele.”

The death of Ncube’s daughter also opened a can of worms as he was also charged with ill-treating his other children after it was established he was neglecting Melusi and Alex Ncube.

The two were staying with them at the cattle post and he was denying them the right to education.

He also faces another separate charge of entering Botswana without valid travelling documents.

“We pray that we set the date for facts reading in relation to the count of entering the country without travelling documents. The accused shall be served with copies of the statements and since he is an illegal immigrant, we pray he be remanded in custody until the completion of this matter,” pleaded Edward.

When Ncube was asked if he had anything to say, he told the court the deceased was his daughter and he loved her.

“I even named her after my mother. Concerning the charge of entering Botswana without the travelling documents, I was forced by the situation back home. I was born in time of war and after seeing people who were coming to Botswana, I tagged along.” Ncube said.

He added his children and girlfriend depend on him for survival and they will be left with no one to take care of them if he is incarcerated.

Ncube also pleaded with the court to allow him to bring a Motswana for surety and vouch for him that if granted bail, he would not abscond.

However, his plea was unsuccessful as he was remanded in custody and will be back in court on October 16.