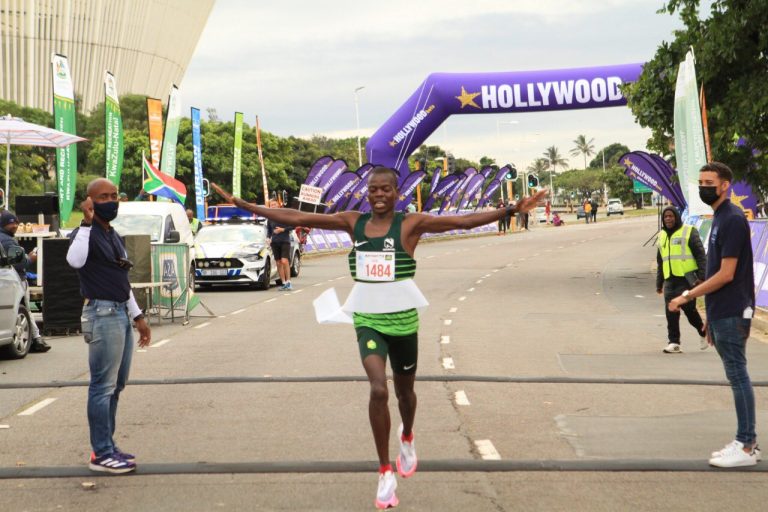 Top Zimbabwean marathoner, Isaac Mpofu, is set to represent the country at the World Athletics Championships in the USA next month after successfully winning an appeal to have the time he clocked during the Durban International Marathon race in May reinstated.

Mpofu, who ran a sensational personal best of 2:10:24 to win the race, was later disqualified because he did not have a second licence race number on the back vest.

The runner-up and home favourite Tumelo Motlagale was subsequently crowned the winner of the high-profile race.

According to Athletics South Africa (ASA) rules, all athletes are supposed to display two race numbers – one on the front and the other on the back of the vest.

Despite falling foul of the rules of the race,  which was organised by KwaZulu-Natal Athletics (KZNA), the 33-year-old’s time on the certified 42,2km course was well inside the stringent 2:11:30 needed to qualify for the 2022 World Championships in Oregon.

The National Athletics Association of Zimbabwe (NAAZ) then lodged and won a World Athletics appeal for Mpofu’s time to stand, which will now allow him to represent the country at next month’s World Championships in the USA.

But despite winning the appeal to have his finishing time officially recognised, the man who ran 2:11:41 to take seventh place at last year’s Sanlam Cape Town Marathon is not eligible for the R50 000 winner’s prize purse.

“It is true that Zimbabwean runner (Mpofu), who won the Durban International Marathon, has won the appeal to have his time reinstated. His country’s federation launched an appeal to World Athletics in order for the runner to go to the World Championships next month. But you must understand that he will not get the prize money,” Mkasi explained.

It is not the first time the 33-year-old Mpofu will represent his country in the World Championships as he was part of the squad in the last edition, where he finished in 52nd position.