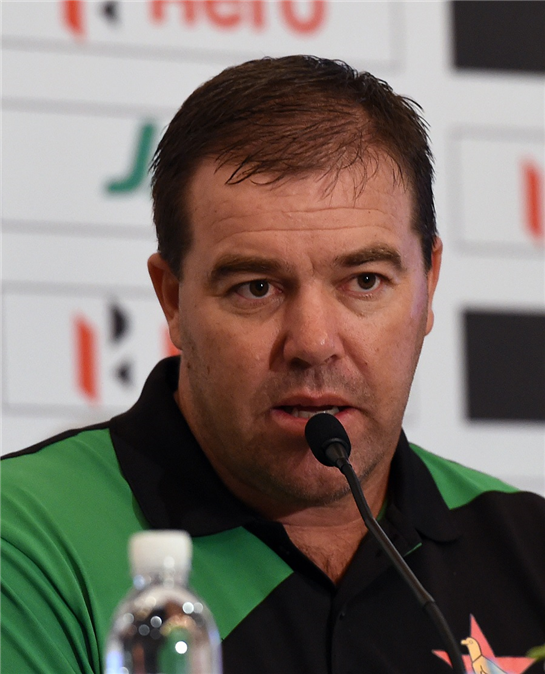 ZIMBABWE coach Heath Streak said his team might have to accept playing more limited overs cricket or settle for a lower level of test cricket after they suffered an innings defeat inside two days against South Africa at St George’s Park on Wednesday.
South Africa won by an innings and 120 runs after bowling out Zimbabwe for 68 and 121.
The match was over before the dinner break so they didn’t even have to bat under floodlights in what by common consent were the most difficult batting conditions.
Streak said Zimbabwe suffered from a lack of test cricket, which made it difficult to compete against a top side like South Africa in conditions that helped the home fast bowlers.
“Maybe there is an argument for us to focus a lot more of our resources and time into short-format cricket to give us ourselves more of a realistic chance of competing at a higher level rather than hanging around near the bottom of the table in both the test and one-day stuff,” said Streak.
Streak said if Zimbabwe were to play more tests, they might have to settle for games against the likes of newcomers Ireland and Afghanistan.
“I think if you get a bit of context to the test rankings, with an incentive to get to the next level, with maybe a promotion-relegation type of thing, it’s worth looking at.
“Obviously we would like to play against the top countries but maybe we could play them at home so we can set up the conditions to favour us.”
Fast bowler Morne Morkel destroyed Zimbabwe’s first innings, taking 5-21, but only bowled four overs in the second innings as stand-in captain AB de Villiers used his front-line fast bowlers sparingly.
Left-arm spinner Keshav Maharaj took 5-59 in the second innings and medium-pacer Andile Phehlukwayo took 3-13.
Zimbabwe put up a fight at the start of their second innings, reaching 54 before they lost their first wicket – although opening batsman Hamilton Masakadza was forced to retire hurt after being struck on the right elbow by a ball from Morkel.
The total reached 75 before the innings imploded, with four wickets falling in 14 balls. The last nine wickets fell for 46 runs in 15.4 overs.
South Africa needed just 68 minutes and 14.1 overs on Wednesday to take Zimbabwe’s remaining six first innings wickets after Zimbabwe resumed on 30 for four.Advertisement

South Africa’s first day-night test – and the first scheduled four-day test in more than 40 years – was not an experiment that proved much.
There was general agreement that conditions for batting were difficult in the only full floodlit session, with batsmen struggling to see the seam on the pink ball.
Skipper AB de Villiers admitted: “Zimbabwe had the worst of the conditions last night. They ran into a wicket which was really spicy against a quality bowling attack.”
He likened the dramatic change in conditions between day and night to situations in red-ball tests, such as sudden reverse swing or pitches where the bounce became uneven.
“It’s like any other format. You have to adapt, you have to change game plans and strategies to get through certain times.”
De Villiers said the match had been a reasonable work-out for South Africa ahead of a three-match series against India, starting in Cape Town on January 5.
“The batters toiled really hard on a wicket which seamed around the whole innings,” said De Villiers.
“From a bowling point of view it was nice to get them to follow on so the guys could get a few overs under the belt.”