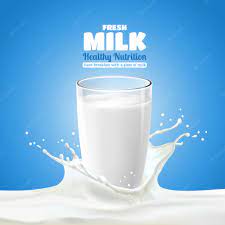 ZIMBABWE has recorded a slight increment in the production of milk following various interventions by development partners and government.

Speaking during a livestock business forum in Bulawayo Tuesday, Zimbabwe Association of Dairy Farmers (ZADF) Matebeleland Vice Chairperson, Dorothy Mufanochiya revealed milk production in the country rose from 76,7 million litres per year in 2020 to 79 million in 2021.

The ZADF vice chairperson said government has also put in place effective accounting mechanisms for all the milk produced in the country.

“There has been wider networks of bringing on all the milk to the processors because there is a lot of milk side marketing in the rural areas.

“There was no accountability and we have been trying to put together all those figures so that we came up with a true picture of how much we are producing as a country,” she said.

“As it is, there are a lot of challenges, which include power cuts because milk is a highly perishable product which should be maintained at temperatures between two and six degrees, but to maintain those temperatures you need electricity all the time.

“As a result of power cuts, farmers are now forced to throw away a lot of milk because it will not pass the parameters that are expected,” she said.