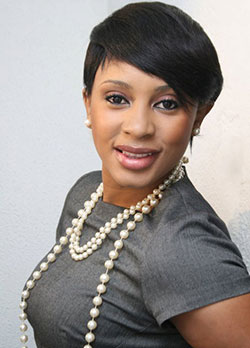 MARIA’S Vision, a Zimbabwean diaspora story about love, corruption and deception shot in the United Kingdom premieres in Luton this month ahead of a series of other launch events lined up for Zimbabwe, Zambia and Nigeria.
The 110-minute drama centres on a couple, Maria played by Memory Savanhu and her husband Tapiwa – played by Goodwin Ngulube – and features common themes in the diaspora.
There is the challenge of coping with menial work after high profile jobs in back home, the threat of deportation, the stress this brings on relationships, struggles with finances and how these challenges force many to dabble in prostitution and other criminal activities.
Shot in full HD and presenting stunning visuals, Maria’s Vision is set in Luton and Zimbabwe.
It is a tale of a couple whose worlds have gone terribly wrong as fate throws at Maria financial challenges that force her to walk out of her marriage and trash her principles as she struggles to survive.
Presenting a tightly woven storyline, the star-studded film boasts of top names with pre-existing fan bases in Savanhu, Belinda Magejo and a huge cast of celebrated Zimbabwean entertainers such as Ogga Kattalogg.
“What is going to come out is the best quality and we did not want to rush our product,” said the director Tendai Mudhliwa.
“This time real talent will be featuring in the film because the script accommodated an unexpected high turnout in auditions and we got the cream of the crop.
He added: “Maria’s Vision is a distinct fast-paced, nail-biting feature, with a “film” look which is brought to life by powerful actors; each scene moving the story forward, pushing you towards the edge of the seat as adrenaline pumps every fraction of a second … frame by frame!”
The script was written by Zambia author Austin Kaluba.
Explaing how he came to be involved, the writer said: “This chance just came up when I met with Tendai sometime back when I went to UK.
“She told me she wanted to produce a movie. She thought my short story Maria’s Vision was good and when I went on a trip two weeks later, she asked me if I was able to write the film script.”
The opportunity was a “dream come true” Kaluba said.
“This is like a dream come true because I have always wanted to see my written stories in a movie. This is like the starting point and a breakthrough as I want to write more film scripts.”Advertisement

Kattalogg said he was confident the fil would be a huge hit.
“All judgments being given, this will be a good movie as it is a blockbuster. I am certain it will break the record of African movies as many countries are going to access it via channels such as M-Net,” he said.
South Africa-based star Nox Guni is also involved and features behind the scenes assisting on the use of his sound tracks.
UK PREMIERE DETAILS
Maria’s Vision premiers in Luton, The campus centre, LU13JU Bedfordshire University 23rd August 2014 at 5pm ! For more information contact Wayne- 07951680004.
To get your early bird ticket book now
http://www.eventbrite.co.uk/e/marias-vision-the-movie-world-premier-tickets-12340529857?aff=es2