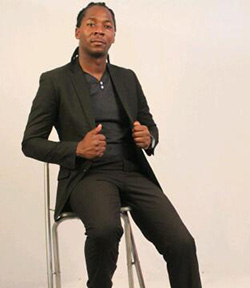 HE was involved in two serious road accidents which cost his wife and almost cost him his career, but Zimbabwean Reggae musician, Rungano Zinyengerere Chaza is determined to take his music to another level.
Chaza played with reggae group, Transit Crew between 2010 and 2014, and has credit to the song Muti which he composed and arranged. He however, had to briefly quit music after he was involved in an accident.
He was, however, to go solo, recording a seven-track album in 2015 titled “Handitye”, but before he could launch it, he was involved in yet another accident which saw him stay in hospital for more than three months.
His wife was to desert him while he was in hospital, a move which devastated him so much he could not immediately continue with his career on being discharged.
He however, penned a song for his estranged wife titled “Chipa vane rudo neni mukana” (give those who love me a chance), which is one of the three singles the musician will be releasing this month.
“I am trying to push my last project which I could not launch because of the accident. I want to give it a different feel to go along with the latest trends in music but I am currently also working on a new project where I will be releasing three new singles,” he said.
Chaza said the first single, Chipa vane rudo neni nguva, was penned after the experiences with his wife who he said could have left him because she could not face the prospects of staying with a disabled husband.
“When someone you love sees nothing good about you, it is wise to leave that person to move on with life. The second song is also based on my personal experience and is titled ‘Chaunowona sechasakara chitsva kune mumwe’ (What looks old to you is new to someone).”

Chaza said the third single was titled “Shamwari”, which shows his appreciation to the friends who stood by him during trying times.
“I was offered free recording facilities by Vion Studios for the three singles, which I recorded with my five-member band, Chaza and Family. I also used some session musicians.”
Chaza, whose strength lies in the guitar and the mbira, has shared the stage with such music greats as Sizzla Kalonji, Yassasa Farai, a poet from Jamaica and other local artists such as Mannex, J- Farai, and Sello Culture.Advertisement

He has also worked on a Norwegian project in which he did a duet with Prudence Katomeni Mbofana, dubbed Summer Loving- Seasons of Love.
The Epworth-bred musician, is also a music teacher at Greystone Park Primary School where he teaches mbira, the guitar, marimba, piano and voice.
“Music is a passion I have had since I was young and I am grateful to people like Richard Kohola, who taught me to play the piano. “
Chaza also applauded the new education curriculum in the country for introducing music as a compulsory subject as it would help nurture music talent early.
“This will also create job opportunities for the many graduates who are churned out of music colleges across the country, many of who have been finding it difficult to get employment,” he said.
Born on July 15, 1983, Chaza did his primary education at Witcombe Primary School in Epworth and went to Chimowa Secondary School in Njanja.
He later enrolled at the Ethnomusicology Centre at the Zimbabwe College of Music between 2007 and 2008.