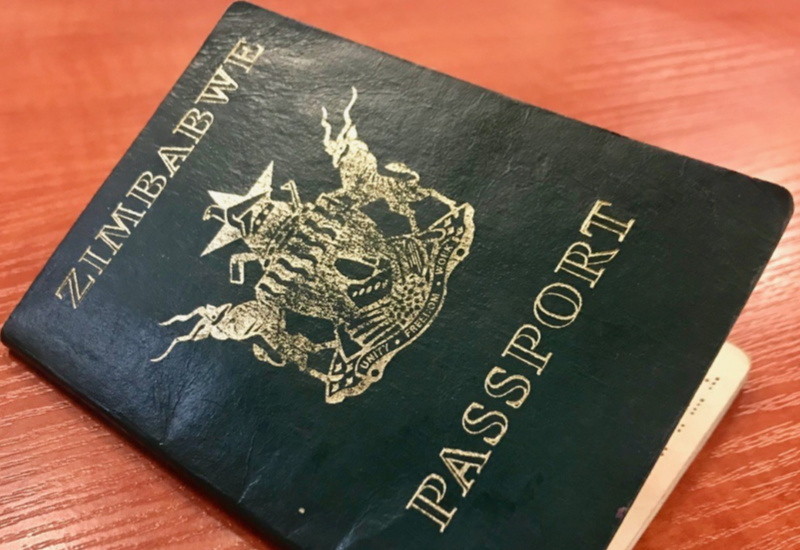 Zimbabwe's passport has become a scarce commodity
Spread This News

ZIMBABWE is currently printing a measly 60 passports per day against a waiting list of over 300 000, Registrar General Clement Masango has said.

However, Masango claimed his department is targeting to increase the print run to about 1000 by the middle of August basing his optimism on a promise by suppliers of materials to deliver following payments made by government a few weeks ago.

Reports claim desperate Zimbabweans, mostly likely those desperate to escape a two decade long economic and political crisis, have become soft targets for criminal elements within the department as well as other gangs.

Masango revealed his department is printing only 60 passports a day countrywide.

“As of today, we are just printing 60 passports countrywide. So when we get the first supply, we will be able to get to initially 1000 a day and we will graduate as more supplies come in,” he said.

The Registrar General seemed upbeat the situation will improve soon.

“Three weeks ago now payments were made to suppliers who had stopped supporting us with materials.

“We agreed on and signed a payment plan to retire the debt and we will start to have supplies. The suppliers have also committed themselves in writing to say the first delivery will come 16 August for passports,” said Masango.

“And then for identity documents it’s 29 July, first batch that will not necessary get us to 100% full throttle but it will be far much better than what we are doing now.”

Three weeks ago, Home Affairs Minister Cain Matema told journalists at a press conference that the backlog was due to shortage of paper and special ink that the department has failed to but given foreign currency shortages.

With Zimbabwe’s economy relying on imports for stock given low manufacturing levels, most have turned to cross-border trade hence the increased need for travel documents.