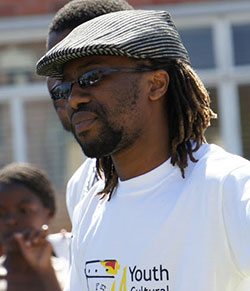 AFTER a successful run at the recently held Harare International Festival of the Arts (HIFA), the theatre production, ‘The Gods You’ve Built’ is set to grace the Edinburgh Festival in Scotland.
The Edinburgh Festival is the biggest arts festival in the world and it takes place every August over three weeks in the Scottish capital city.
Every year thousands of performers take to a multitude of stages all over Edinburgh to present shows for every taste.
From the big names in world of entertainment to unknown artists looking to build their careers, the festival caters for everyone and includes theatre, comedy, dance, physical theatre, cabaret, musicals, operas, spoken word and events.
The National Arts Merits Awards Nominee for Outstanding theatrical production and best director awards, The Gods You’ve Built has already been showcased at the Isigcawu Theatre Festival in Durban and Ibumba Arts Festival in Bulawayo.
Speaking on the latest development, the director of the play, Leeroy Gono said: “It is always the hope of an artist to have his product consumed by as many people as possible from different walks of life.
“The play is universal and speaks to the human core of the being. We are planning to have a national and regional and European tour. We, however, are yet to secure sponsorship but we remain hopeful that our dream will become a reality.
“This is an opportunity to show the world that Zimbabwe is proud of its cultural assets and it’s recognized internationally for its local talent.”
Written by Tawanda Kanengoni and directed by Leeroy Gono, the play has received rave reviews wherever it has been performed.
The title bears a sense of mystery to it thus one is not sure what to expect from the show. The intrigue is only heightened when you see the set, which is basically a dilapidated public toilet; a set which was very well put together and conceived.
Its core theme is the constant search for meaning by the human mind and, in exploring this theme, it pulls no punches and makes no apologies.
Nothing is off limits in this probing piece of theatre and not even the audience can escape the deep introspection that the characters go through on stage.
Challenging the existence of God and the meaning of life in the most tragic of circumstances, this play resonates with audiences as it asks questions that move through peoples’ minds all the time but which they dare not say.Advertisement

The acting is top notch with perfectly timed moments of comic relief from the seriousness of the tragedy.
The principal characters in the play are a professor, played by Leeroy Gono, who has all but lost hope in the meaning of his philosophies and struggles to come to terms with the death of his son.
There is also a nun, played by Precious Mudzingwa, who has lost her faith and grasps on to anything that might afford her a semblance of meaning in life and a drunken police officer, played by Dereck Nziyakwi, caught up in the vortex of the destructive nature of the other two characters’ loss of hope and meaning.