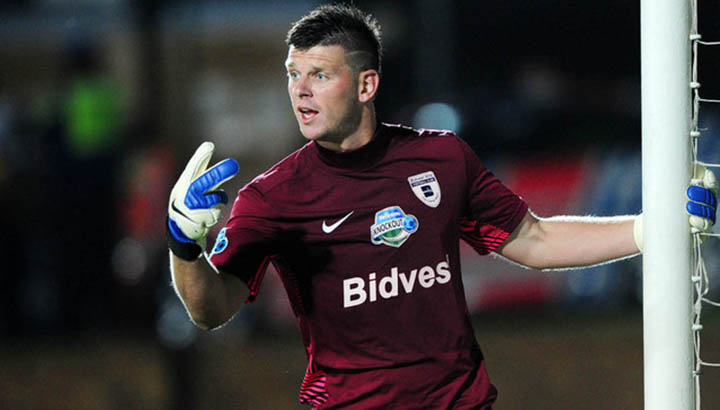 ZIMBABWE’S Castle Lager Premier Soccer League finally has a white footballer turning out for one of its sides, ending years of black monopoly in the popular sport.

Ryan Harrison, son to Harare City head coach Mark Harrison, made his debut between the sticks this past weekend when the Sunshine Boys played out to a goalless draw with Black Rhinos.

Ryan, 32, grew up in the United Kingdom and started his junior football with English Premiership side Swansea City FC before moving to South Africa where he played for top clubs such as Bidvest Wits, Golden Arrows, Santos, Chippa United in a period of eight years.

He has signed a one-year contract with the Zimbabwe premiership side for the season.

The goal-minder relishes his time in the local premiership which he says was between South Africa’s Premier Soccer League and the National First Division in terms of competition.

Asked how he felt about breaking into a football jungle dominated by black players, Ryan was upbeat about his time north of the Limpopo.

“I suppose there may be a little added spice. I am sure a lot of the player out there will want to score against ‘the white boy’,” he said jokingly.

“But I don’t think it’s any different for me really as it’s my job to keep them (opponents) out and whatever is thrown at me for whatever reason, I will try to continue to keep them out.”

He added, “I feel privileged to be the first white man in such a long time to play in Zimbabwe.

“The country is currently going through a change for the better and I hope I can be a symbol of the positive change.”

Mark Harrison, father to the shot goal stopper, described as shameful, the continued absence of white players both in the national game and African football as a whole.

“Even in South Africa there are not too many white players in football,” he said.

“I think football in Africa is being viewed as a black sport; the black population plays soccer while the whites seem to prefer rugby to soccer and it’s a shame really.

“If we had a lot more white players playing soccer, the integration would be much better you know.

“It is a shame and I am sure there is a lot of white talent out there and for some reason they would rather play rugby, cricket,” said the English coach.