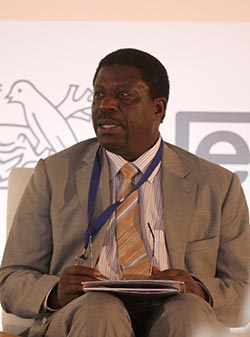 STAR Ndlovu, a 28-year-old Zimbabwean who lives in SA, purchases groceries for his family at Shoprite in this country for R1,500. He considers that more reasonable than sending money home.
“In Zimbabwe there is the tendency to not accept [payment in] rand. Instead, you are told: ‘I want a dollar.’”
The dollarisation of the Zimbabwean economy at around 2008 was a welcome change, as the local currency had struggled under its own weight. But the currency change has distorted the prices of goods for SA supermarkets in Zimbabwe.
A till receipt from a Pick n Pay outlet in Zimbabwe shows that a 1kg packet of Irvine’s mixed chicken portions sells for US$5.69, equivalent to about R80. In SA a packet of mixed chicken portions weighing the same would cost about R35.85. “The rand-dollar exchange rate fluctuates, and prices are going up,” says Ndlovu.
Not only are Zimbabwean consumers battling high prices, but new regulations are threatening business for SA retailers. Restrictions that came into effect on July 1 ban the importation of 43 products. The bulk of goods affected come from SA and include camphor creams, coffee creamers and steel products, among other items.
And it looks as if Zimbabwe’s president Robert Mugabe will not be relaxing the import restriction policy. Speaking at recent Heroes’ Day celebrations, he said: “We recently gazetted Statutory Instrument 64 of 2016, which seeks to manage the importation of certain products, as a way of supporting and resuscitating local industry. SA commodities might be cheaper, yes, but should our farmers stop producing? Is that helpful? There is no nation on earth that doesn’t protect itself.
“If the South Africans feel aggrieved, we should talk. The South Africans also cried foul over the medicines we were exporting to that country. They did not want us to transport those medicines by road; rather, they wanted us to use air, which would make them uneconomic on landing … Every nation on earth has to protect its industry; it’s common across the globe, and we will not allow [in] cheap goods — including second-hand clothes being brought in from China.”
Mugabe’s statements came after an ultimatum was issued by SA trade & industry minister Rob Davies to his Zimbabwean counterpart, Mike Bimha, to withdraw the restrictions. The two ministers are expected to hold discussions at the Southern African Development Community’s (SADC) trade ministers’ meeting later this month to thrash out a solution.Advertisement

One thing is clear: SA needs Zimbabwe. In 2015, SA exports to that country amounted to R25.64bn, compared with imports from it worth R4.36bn.
Sidwell Medupe, spokesman for the SA department of trade & industry, says that while government “respects the need for SADC countries, including Zimbabwe, to promote industrialisation … this must be implemented with due consideration for international commitment”.
This is “because the restrictions are meant to be [temporary] and cannot dictate trade relations,” Medupe says.

Pick n Pay is the second-largest retailer in Zimbabwe after OK Zimbabwe, which is listed on the Zimbabwe Stock Exchange. Like OK Zimbabwe, Choppies and Spar, Pick n Pay buys its stock from SA. It has 57 stores in Zimbabwe through its 49% ownership of TM Supermarkets and has to “work hard to ensure that the stores remain fully stocked”, says David North, the group’s executive for strategy & corporate affairs.
The group would not disclose the turnover of TM Supermarkets, but North says: “Our business in Zimbabwe has performed well in a challenging economic environment, with encouraging results from its re-branded Pick n Pay supermarkets.”
A source with intimate knowledge of Pick n Pay’s operations in Zimbabwe and who did not want to be named says there are enough stocks to avert any immediate shortages, butthe import restrictions are worrying. “Our [stock levels] are reasonable at the moment, as we work with large [quantities], which can last for months.
“This may change in a few months’ time, and the public will be prejudiced most when goods [they want to buy] are missing [from the shelves].”
OK Zimbabwe CEO Willard Zireva says, rather obviously,: “Despite the difficult operating environment, the company wants to improve margins and keep costs down while retaining its market share.”
For Botswana retailer Choppies , it’s business as usual in its Zimbabwean operations , says Vidya Sanooj, a finance controller for projects & reports at Choppies.
Vice-president Phelekezela Mphoko is one of the Choppies shareholders who have a 51% ownership of Choppies Zimbabwe in a joint venture between Botswana Choppies Enterprises and the Mphoko family.
Despite this, Sanooj says, Mphoko is not operationally involved in Choppies in Zimbabwe, as a shareholder has a limited role in running a company.

Sanooj admits that import restrictions are “putting a lot of pressure on stock availability . Imports are down and we are struggling to put stock on the shelf. We try to source locally to the maximum, but it is difficult to replace goods that are not manufactured in Zimbabwe — and they are already running out. ”
SA’s Spar is one retailer that seems to have dodged the bullet. “We exited Zimbabwe about six months ago.
“We used to have a small stake in the holding company that has the licence to operate Spar in Zimbabwe,” says Spar’s group marketing executive, Mike Prentice.
“The holding company relinquished the Spar outlet to one of the retailers in Zimbabwe, which now has the rights to Spar and the Spar licence in that country,” he says.
The Spar Group had a 35% shareholding in Spar Harare, and reported in its 2015 annual report that “stalling factors” had hindered the company’s short-term expansion plans for investment in Zimbabwe.
Economists warn that the import deadlock could spark a trade war, made more likely by Mugabe’s refusal to back down on the legislation, which SA says violates trade protocols Zimbabwe has signed .
In its latest report for July, the Consumer Council of Zimbabwe (CCZ) notes a rise in retail prices, which it attributes to the effects of the import restrictions.
The cost of living, for a family of six, rose from $567.38 at the end of June to $567.91 at the end of July, showing an increase of 53c, or 0.09%.
“As the CCZ, we assume that the slight increase is due to the import ban that was imposed by the government. Competition in the country has been reduced, hence retailers tend to increase prices,” the report says.
John Robertson, an independent economist based in Harare, says Mugabe “hastily” implemented the import restriction without first ensuring that there was enough capacity to meet market demands.
Not all retailers will be affected equally.
Robertson says that in contrast with OK Zimbabwe, Pick n Pay enjoys access to credit from SA, which its rivals would struggle to secure. Pick n Pay “may need extra credit, but might get it more easily than OK Zimbabwe. So it is likely to have an edge over OK Zimbabwe.”
Not everyone thinks the restrictions are unwelcome. Denford Mutashu, president of the Confederation of Zimbabwe Retailers , says the new import measures should be viewed as an opportunity .
“It is also critical at this juncture to reiterate that the government has not banned imports, but removed certain goods from the open general import licence, as it intends to support local industry,” says Mutashu.
“It might face a temporary setback in adjusting to the new normal. But it is a perfect window for local manufacturers, especially small and medium enterprises, who are at the centre of my heart, to take up the space quickly and fill the gap for a smooth transition.”
Alan Mukoki, CEO of the SA Chamber of Commerce & Industry, says the group’s members have been affected by the restrictions, which are likely to have adverse effects on the SA economy.
“They will understand that this is not something that is either in their favour or in the favour of the Zimbabwean economy,” Mukoki says.
“The Zimbabweans themselves need to be aware that generally, if it begins to be unclear whether a market you are supplying is going to continue to be a market for you, you start looking for others.”