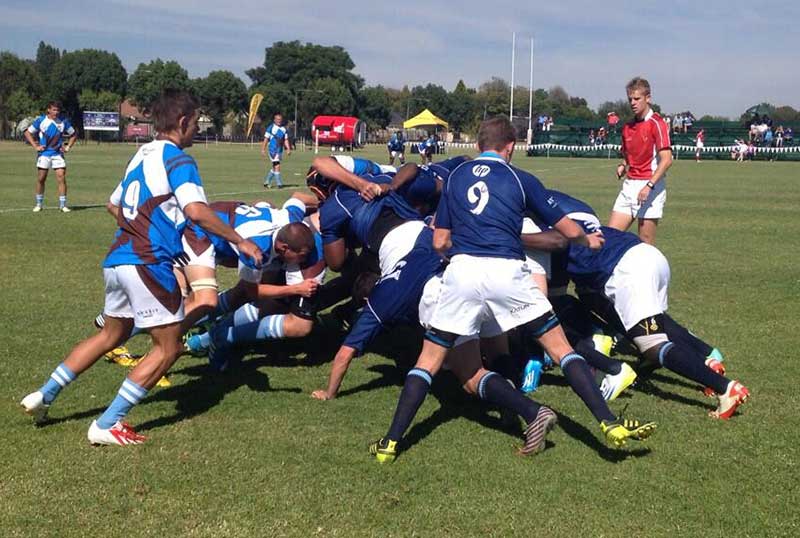 THE Zimbabwe Academy side will hold a two-week training camp in Cape Town, South Africa ahead of their first 2019 SuperSport Challenge match against Sharks at the False Bay Rugby club on May 4.

The announcement of the training camp after Zimbabwe Rugby Union in collaboration with its fundraising arm, the Sables Trust announced the coming on board of several sponsors to bankroll the team’s participation in the highly competitive South African competition.

International mining investment company Zerttew Resources will be the main sponsor of the team along with Portnex International, a South African ferrochrome producer and trading company and Zimbabwean attorney firm Titan Law.

“The support that we have been getting [as the Sables trust] continues from what I like to call our all-weather sponsors, namely Titan Law, Portnex International and a very special thank you to Zerttew Resources who have stepped up and agreed to bankroll the bulk of the expenses for the side that is travelling for the SuperSport Challenge,” Mlotshwa said.

“They [Zerttew Resources] are catering for, I would say, about 80% of those expenses – the other sponsors will chip in as well. Zerttew Resources continued support for Zimbabwe rugby is truly appreciated and it will not go unnoticed,” he said.

Main sponsors Zerttew Resources pledged to continue the relationship with the Sables Trust and Zimbabwe Rugby Union (ZRU) in a shared vision to amplify the steady growth of the senior team in Zimbabwe.

“Zerttew Resources is proud to be associated with rugby in Zimbabwe. Last year we sponsored the Zimbabwe Sables to the tune of US$1 million dollars. Zerttews’ human resources and office manager Tendai Pasipamire said.

“The sponsorship took care of the Zimbabwe Men’s National team welfare for both the players and the technical team, amongst other costs.

“Our main objective was to ensure that when all financial issues were taken care of, our sporting professionals could focus on the task, which was to win the Africa Cup.

“As part of an international exploration and mining resources development group, we would also like to see our contribution foster better governance in sport in this country. Our participation in sponsorship, should we hope be seen as partnership.

“We would like a long-term relationship with rugby in Zimbabwe and hence we are kicking off our involvement this year with sponsorship of the Zimbabwe Rugby Academy. Once again, we will endeavour to ensure that player welfare is our ultimate priority.

“We know that our boys will do us proud in South Africa and we are excited to be part of that success,” said Pasipamire.

ZRU- Vice President Losson Mtongwiza expressed his gratitude towards the continued support and generosity by all stakeholders for Zimbabwean Rugby.

“I would like to thank Zerttew Resources for the confidence that they have shown in Zimbabwe rugby for the second year running, we are very honored and grateful for your support and we would like our relationship to continue.

“I would like to also thank Portnex International and Titan Law for their support it is really a team with Zerttew Resources as their captain. The Sables have been given the most support last year and this year as well, Gerald Mlotshwa and his team have been instrumental in us achieving our dreams.

“Zimbabwe has the talent, Zimbabwe has the personnel and if we all came together we will be able to come up with something massive. The media has supported us with fantastic reports, even when we are criticized, it is the right thing because it help us to learn and pick ourselves up,” he said.

The unveiling of the sponsorship coincided with the announcement of a strong 43-member provisional squad ahead of the competition in South Africa.

The Zimbabwe Academy side will be coached by former Sables captained Brendan Dawson, who will be assisted by ex-South Africa international Tonderai Chavhanga.