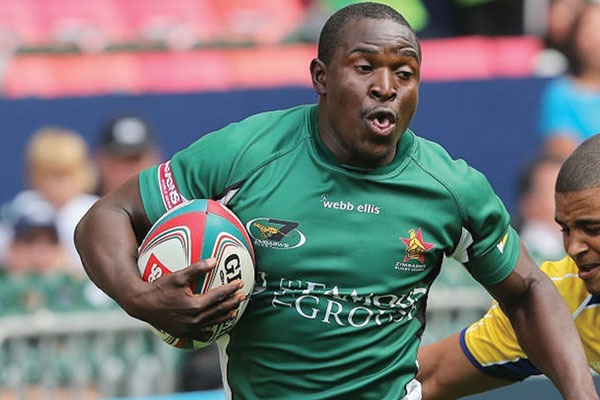 ZIMBABWE Rugby Union (ZRU) has named an experienced squad that will this week take part in a week-long Solidarity Camp organised by the continental rugby governing body, Rugby Africa in Stellenbosch, South Africa.

Hosts South Africa will be accompanied by the Zimbabwe and Uganda national rugby sevens side during the Solidarity Camp which will run from May 6 to 16.

Rugby Africa is sponsoring flights, accommodation, and coronavirus testing for a delegation of 18.

South Africa, who have already qualified for the Olympic Games will be using the camp to finalise their squad for the global showpiece while for Uganda and Zimbabwe who have not yet confirmed their ticket to the Tokyo Games it will be a platform to prepare for the Games’ final qualifying tournament to be held in Monaco next month.

The Cheetahs squad announced on Monday includes features several seasoned players who have represented the country on the World Rugby Sevens Series circuit.

Zambia-based captain Stephan Hunduza and Germany-based wing Tafadzwa Chitokwindo, who have both been a vital cog of the side over the last few years, headline the squad which has a blend of youth and experience.

The Cheetahs will also bank on the experience of the South Africa-based duo of Biselele Tshamala and Riaan O’Nell while England-based Boyd Rouse also makes a return to the side after a lengthy absence.

Another notable inclusion is that of the former Zimbabwe Under-20 captain Sam Phiri, who is a product of Falcon College and the world-renowned Western Province Rugby Institute in South Africa.

Phiri is one of the five uncapped players named in the squad alongside Ryan Magaramombe, Ryan Musumhi, and Rufaro Chakawera.

The training squad of 15 for the Solidarity Camp will be narrowed down to the final 12 who will next month fight for their ticket for the Tokyo Olympic Games with one last ticket up for grabs in Monaco.

The Cheetahs squad, which will be coached by former player Graham Kaulback in the absence of head coach Daniel Hondo will leave for South Africa on Thursday.